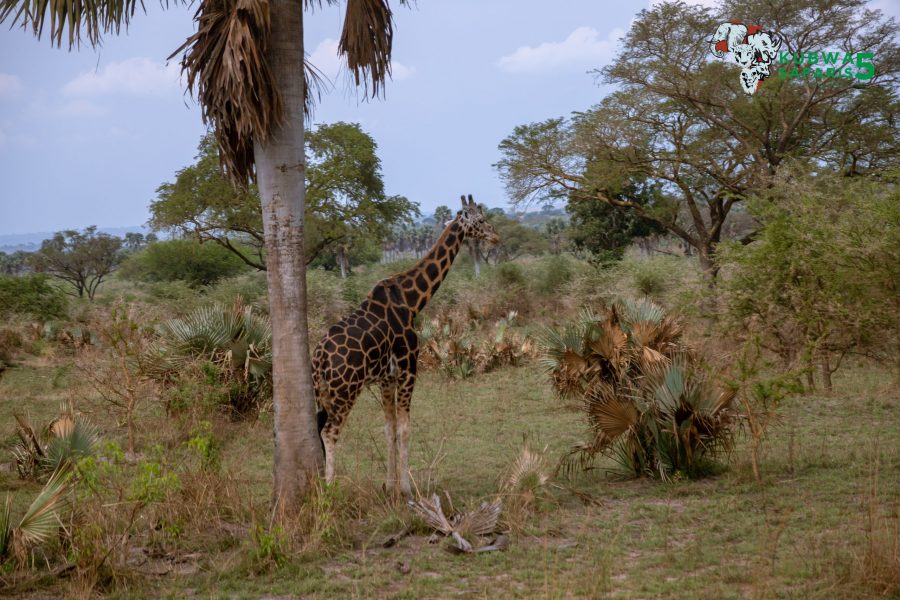 Wildlife of Africa Animals And Birds Of Africa

Wildlife of Africa animals and birds. Africa is home to many of the world’s most famous fauna in human culture such as Lions‚ Rhinos‚ Cheetahs‚ Giraffes‚ Leopards, Zebras‚ Elephants among many others.

The wildlife of Africa in its broader sense is all the animals living in Africa and its surrounding seas and islands. The more characteristic African fauna is found in the Afrotropical ecoregion. Lying almost entirely within the tropics, and equally to north and south of the equator creates favorable conditions for rich wildlife.

Whereas the earliest traces of life in the fossil record of Africa date back to the earliest times, the formation of African wildlife as we know it today, began with the splitting up of the Gondwana supercontinent in the mid-Mesozoic era. The continents Laurasia-Gondwana 200 million years ago.

After that, four to six faunal assemblages, the so-called African Faunal Strata (AFSs) can be distinguished. The isolation of Africa was broken intermittently by discontinuous “filter routes” that linked it to some other Gondwanan continents (Madagascar, South America, and perhaps India), but mainly to Laurasia. Interchanges with Gondwana were rare and mainly “out-of-Africa” dispersals, whereas interchanges with Laurasia were numerous and bidirectional, although mainly from Laurasia to Africa.

Despite these connections, isolation resulted in remarkable absences, poor diversity, and the emergence of endemic taxa in Africa. Madagascar separated from continental Africa during the break-up of Gondwanaland early in the Cretaceous but was probably connected to the mainland again in the Eocene.

The first Neogene faunal interchange took place in the Middle Miocene (the introduction of Myocricetodontinae, Democricetodontinae, and Dendromurinae). A major terrestrial faunal exchange between North Africa and Europe began at about 6.1 Ma, some 0.4 Myr before the beginning of the Messinian salinity crisis (for example introduction of Murinae, immigrants from southern Asia)

During the early Tertiary, Africa was covered by a vast evergreen forest inhabited by an endemic forest fauna with many types common to southern Asia. In the Pliocene the climate became dry and most of the forest was destroyed, the forest animals taking refuge in the remaining forest islands. At the same time, a broad land-bridge connected Africa with Asia and there was a great invasion of animals of the steppe fauna into Africa.

At the beginning of the Pleistocene, a moist period set in and much of the forest was renewed while the grassland fauna was divided and isolated, as the forest fauna had previously been. The present forest fauna is therefore of double origin, partly descended of the endemic fauna and partly from steppe forms that adapted themselves to forest life, while the present savanna fauna is similarly explained.

The isolation in past times has resulted in the presence of closely related subspecies in widely separated regions Africa, where humans originated, shows much less evidence of loss in the Pleistocene megafaunal extinction, perhaps because co-evolution of large animals alongside early humans provided enough time for them to develop effective defenses. Its situation in the tropics spared it also from Pleistocene glaciations and the climate has not changed much.

Africa is best known for the enormous diversity and richness of its wildlife. It has a greater variety of large ungulates, or hoofed mammals (some 90 species), and freshwater fish (2,000 species) than any other continent.

The main group of herbivores are the African antelope, which belong to four subfamilies of the ox family (Bovidae). The first subfamily is the oxlike Bovinae, which is further subdivided into the African buffalo and the twist-horned antelope, including the eland (the largest of all antelope), kudu, nyala, and bushbuck.

The second subfamily is the duiker, a small primitive bovid that lives in the thickets, bush, and forests. Third is the “horse antelope,” further divided into sabre-horned sable, roan, and oryx antelope; the “deer antelope,” kongonis, hartebeest, topi, gnu (wildebeest), and blesbok, all mostly inhabitants of the open plains; and the “marsh antelope,” waterbuck, lechwe, kob, puku, and reedbuck.

The fourth subfamily is the antelope proper, divided into two distinct tribes, the first of which includes royal, dik-dik, klipspringer, oribi, steenbok, and grysbok and the second of which includes gazelle, impala, springbok, and gerenuk. Other well-known large African herbivores include the zebra, giraffe, hippopotamus, rhinoceros, and African elephant.

Probably no group of animals is more identified with Africa than its Carnivora (the order of flesh-eating mammals), of which there are more than 60 species. In addition to the better-known big (or roaring) cats—the lion, leopard, and cheetah—are the wild dog, hyena, serval (a long-limbed cat), wildcat, jackal, fox, weasel, civet, and mongoose. These predators and scavengers are vital in maintaining the ecological equilibrium of the areas that they inhabit.

The primates include some 45 species of Old World monkeys, as well as two of the world’s great apes—the chimpanzee and the world’s largest ape, the gorilla. Presimian primates—such as pottos (African lemurs) and galagos (bush babies, or small arboreal lemurs), as well as Lorisidae (a family of arboreal lemurs, moving with a slow, delicate crawl)—are mainly small and nocturnal, but in Madagascar, where there are no true monkeys, the world’s most diverse assemblage of large and small diurnal and nocturnal presimian lemurs survives.

Marine mammals include one Mediterranean and one South African seal (the Cape fur seal) and two Sirenia (an order of aquatic herbivores)—the dugong and the manatee. In addition, whales, porpoises, and dolphins frequent Africa’s coastal waters.

Africa’s large number of endemic mammal species is second only to that of South America. They include several families of the ungulate order Artiodactyla (composed of mammals with an even number of toes), such as giraffes and hippopotamuses.

Some families of Carnivora—such as civets (of the Viverridae family), their smaller relations the genets, and hyenas—are chiefly African. The rodent family of jumping hares (Pedetidae) is endemic, and one order, the aardvark (Tubulidentata)—a large nocturnal burrowing mammal, with one species—is exclusively African. Madagascar also has a remarkable insect-eating family, the tenrecs (animals with long pointed snouts, some of which are spiny and tailless)

South of the Sahara the birdlife includes nearly 1,500 resident species, to which must be added another 275 species that are either resident in northwestern Africa or else are Palaearctic winter migrants; the migrants once totaled perhaps two billion individuals, but their numbers have been reduced considerably by severe droughts and by human land use and predation.

Birds are mainly of Old World families, but of those that are endemic the most noteworthy are perhaps the ostrich, shoebill, hammerkop (a brown heronlike bird), and secretary bird (a large long-legged predatory bird) and the touracos (brightly coloured birds, some with helmetlike crests).

Other families, such as bustards, sand grouse, honey guides (small dull-coloured birds, several species of which are noted for leading people to the nests of honeybees, in order to feed on them after the nests have been broken), and larks, are predominantly African.

There are many avian predators of land mammals, including eagles, hawks, and owls; more of fish, such as storks, waders, and a few species of kingfishers; and even more of insects, this latter group usually being of benefit to humans. Scavengers include vultures and the large marabou stork.

Africa is the world’s second-largest and second-most populous continent, after Asia. At about 30.3 million km2 (11.7 million square miles) including adjacent islands, it covers 6% of Earth’s total surface area and 20% of its land area. With 1.3 billion people as of 2018, it accounts for about 16% of the world’s human population. The continent is surrounded by the Mediterranean Sea to the north, the Isthmus of Suez and the Red Sea to the northeast, the Indian Ocean to the southeast and the Atlantic Ocean to the west. The continent includes Madagascar and various archipelagos.

It contains 54 fully recognised sovereign states (countries), four territories and two de facto independent states with limited or no recognition. The majority of the continent and its countries are in the Northern Hemisphere, with a substantial portion and number of countries in the Southern Hemisphere.

Africa’s average population is the youngest amongst all the continents; the median age in 2012 was 19.7, when the worldwide median age was 30.4.

Algeria is Africa’s largest country by area, and Nigeria is its largest by population. Africa, particularly central Eastern Africa, is widely accepted as the place of origin of humans and the Hominidae clade (great apes), as evidenced by the discovery of the earliest hominids and their ancestors as well as later ones that have been dated to around 7 million years ago.

Africa straddles the equator and encompasses numerous climate areas; it is the only continent to stretch from the northern temperate to southern temperate zones.

Africa hosts a large diversity of ethnicities, cultures and languages. In the late 19th century, European countries colonised almost all of Africa; most present states in Africa emerged from a process of decolonisation in the 20th century. African nations cooperate through the establishment of the African Union, which is headquartered in Addis Ababa.