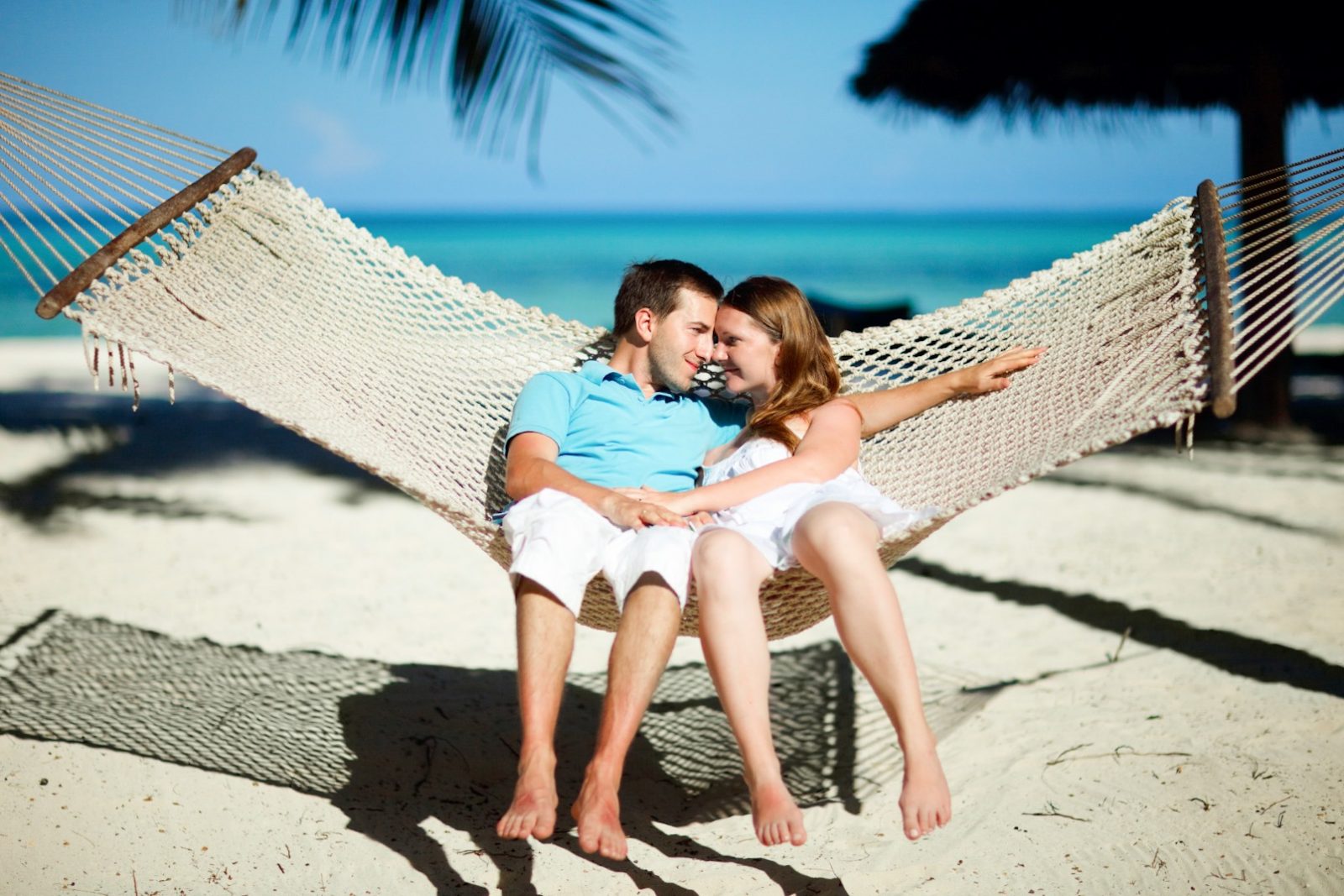 Climate And Temperatures Of Africa

The climate and temperatures of Africa, they are rare across the continent except at very high elevations and along the fringes. In fact, the climate of Africa is more variable by rainfall amount than by temperatures, which are consistently high.

The climate is a range of climates such as the equatorial climate, the tropical wet and dry climate, the tropical monsoon climate, the semi-desert climate (semi-arid), the desert climate (hyper-arid and arid), and the subtropical highland climate.  African deserts are the sunniest and the driest parts of the continent, owing to the prevailing presence of the subtropical ridge with subsiding, hot, dry air masses. Africa holds many heat-related records: the continent has the hottest extended region year-round, the areas with the hottest summer climate, the highest sunshine duration, and more.

Owing to Africa’s position across equatorial and subtropical latitudes in both the northern and southern hemisphere, several different climate types can be found within it. The continent mainly lies within the inter tropical zone between the Tropic of Cancer and the Tropic of Capricorn, hence its interesting density of humidity. Precipitation intensity is always high, and it is a hot continent. Warm and hot climates prevail all over Africa, but mostly the northern part is marked by aridity and high temperatures. Only the northernmost and the southernmost fringes of the continent have a Mediterranean climate.

Globally, heating of the earth near the equator leads to large amounts of upward motion and convection along the monsoon trough or Inter tropical Convergence Zone. The divergence over the near-equatorial trough leads to air rising and moving away from the equator aloft. As it moves towards the Mid-Latitudes, the air cools and sinks, which leads to subsidence near the 30th parallel of both hemispheres.

This circulation is known as the Hadley cell and leads to the formation of the subtropical ridge. Many of the world’s deserts are caused by these climatological high-pressure areas, including the Sahara Desert.

Temperatures are hottest within the Sahara regions of Algeria and Mali, and coolest across the south and at an elevation within the topography across the eastern and northwest sections of the continent. The hottest average temperature on Earth is at Dallol, Ethiopia, which averages a temperature of 33.9 °C (93.0 °F) throughout the year.

The hottest temperature recorded within Africa, which was also the world record, was 57.8 °C (136.0 °F) at ‘Aziziya, Libya on September 13, 1922. This was later proven to be false, is derived from an inaccurate reading of a thermometer. The world’s hottest place is in fact Death Valley, in California. Apparent temperatures, combining the effect of the temperature and humidity, along the Red Sea coast of Eritrea and Gulf of Aden coast of Somalia range between 57 °C (135 °F) and 63 °C (145 °F) during the afternoon hours. The lowest temperature measured within Africa was −24 °C (−11 °F) at Ifrane, Morocco on February 11, 1935.

Nevertheless, the major part of Africa experiences extreme heat during much of the year, especially the deserts, steppes and savannas. The African deserts are arguably the hottest places on Earth, especially the Sahara Desert and the Danakil Desert, located in the Horn of Africa.

A number of factors influence the climate of the African continent. First, most of the continent—which extends from 35° S to about 37° N latitude—lies within the tropics. Second, the near bisection of the continent by the Equator results in a largely symmetrical arrangement of climatic zones on either side. This symmetry is, however, imperfect because of a third factor—the great east–west extent of the continent north of the Equator, in contrast to its narrow width to the south.

In consequence, the influence of the sea extends farther inland in Southern Africa. Moreover, a quasi-permanent subtropical high-pressure cell (the Saharan anticyclone) develops in the heart of northern Africa, while in Southern Africa the belt of high pressure on land weakens during the time of high sun (the season when the Sun is overhead—in December and January in the south). A fourth factor consists of the cool ocean currents, which chill the winds that blow over them and thereby influence the climate of the neighbouring shores.

Fifth, because of the extensive plateau surfaces of the continent and the absence of high and long mountain ranges comparable to, for example, the Andes in South America or the Himalayas in Asia, climatic zones in Africa tend to shade into one another, rather than change abruptly from place to place. Finally, the high mountains have climatic zones of their own that vary with altitude.

While these factors help to account for the broad climatic patterns of the African continent, there are nevertheless numerous local variations to be found from place to place within the same climatic zone. Urban areas, for example, have climates that often differ in many respects from those of the surrounding countryside. Typically experiencing higher average temperatures, urban areas also frequently have less wind and lower relative humidity; there is too little relevant data from Africa, however, to permit a detailed study of urban climates.

These northern and southern air masses meet at the intertropical convergence zone (ITCZ). The hot, dry continental tropical air mass, which is present in the upper levels of the atmosphere, descends to the ground only at the convergence zone. Less hot than the continental tropical are the maritime tropical and maritime equatorial air masses, which originate from the Indian and South Atlantic oceans, respectively; they differ only in that the maritime equatorial air mass is unstable and brings rain while the maritime tropical air mass, when fully developed, is stable and does not normally bring rain unless it is forced to rise by a high mountain.

Immediately south of the convergence zone, rainfall is heavy because of the unstable nature of maritime tropical air over a heated land surface. South of the Equator, at yet greater distance from the convergence zone, the maritime air masses are less-heated, thick, and stable, and they bring hardly any rainfall, except over some of the East African highlands. Only the southern tip of South Africa receives rainfall at this time, from winter cyclones.

During the period of low sun in the Northern Hemisphere (from December to January, when the sun has moved to its southern limit), the situation described above is reversed. The convergence zone moves southward, dipping into Southern Africa. At this season the whole of northern Africa (except the Atlas Mountains) is under the dry continental tropical air mass, while Southern Africa receives rainfall except in the Cape region and on the southwest coast, where the maritime air mass remains stable offshore over the cool Benguela Current.

When considered in detail, the movement of air masses and their effects provide the basis for a division of the continent into eight climatic regions. These are the hot desert, semiarid, tropical wet-and-dry, equatorial (tropical wet), Mediterranean, humid subtropical marine, warm temperate upland, and mountain regions.

The hot desert region consists of the Sahara and Kalahari deserts, which are always under the influence of dry continental tropical air masses, and the northern Kenya–Somali desert, the aridity of which is principally caused by the stable nature of the maritime air masses that pass over it throughout the year. The stability of these maritime air masses is induced by their passing over the cool body of water offshore.

Semiarid climatic regions fringe the desert areas and include the greater part of the land south of the Zambezi River. They differ from true desert regions in being just within reach of the ITCZ in the course of its seasonal movement and therefore receiving more rainfall. Temperatures are about the same as those in the desert regions.

The tropical wet-and-dry region is often called the savanna climatic region; this implies, incorrectly, that all areas with savanna vegetation have this type of climate. This region covers a little less than half of the total surface area of the continent, extending toward the Equator from the semiarid areas. The great distinguishing feature of this climatic region is the seasonal character of its rainfall. During the period of high sun, the maritime air masses produce up to six months of rainfall, the length of the rainy season depending on nearness to the Equator.

The rest of the year is dry. In a few places—for example, on the coast of Mauritania and Senegal—there is also a little rainfall in the period of low sun. As in the desert and semiarid climatic zones, mean monthly temperatures show less variation than daily temperatures. In western Africa the period of low sun corresponds to the harmattan season. The harmattan is a warm, dry, northeasterly or easterly wind that blows out of the southern Sahara and is frequently laden with large quantities of sand and dust.

Regions with the equatorial, or tropical wet, type of climate, or variants thereof, are the wettest in Africa. There are two peak periods of rainfall corresponding to the double passage of the ITCZ. Because areas with an equatorial climate are constantly covered by warm maritime air masses, variations in their monthly and daily temperatures are less pronounced than in the tropical wet-and-dry regions.

Marked variations in the rhythm of equatorial climate sometimes occur. For example, the rainfall may be monsoonal and the second rainy season may be all but nonexistent. But the most notable anomaly can be observed on the western African coast from around Cape Three Points, Ghana, eastward to Benin, where, although the bimodal rainfall regime prevails, the total annual precipitation is less than 40 inches (1,000 millimetres).

Among the many explanations that have been suggested are that the presence of a cold body of water offshore chills the lower layers of the maritime air mass and makes it stable, that the body of cold air that forms offshore diverts the incoming airstreams to the west and east of the anomalously dry area, that there is a strong tendency for the winds to blow parallel to the shore during the rainy seasons, that the absence of highlands deprives the region of orographic (mountain) rainfall, that fluctuations in the offshore moisture-bearing winds occur during the rainy season and reduce rainfall, and that local meteorological peculiarities of thunderstorms contribute to the reduction in rainfall.