Nyerere National Park is one of Africa’s largest wildlife sanctuaries and national parks that exist in Tanzania. It is situated in the northern part of Selous Game Reserve bordered by udzungwa national park in the west and Mikumi national park in the North West. The name ‘selous’ was attained from  an explorer Fredrick Courtney Selous who  was killed in combat along River Rufiji. Nyerere as the park name defines was after the first president of Tanzania, the late Mwalimu Julius Nyerere.

In 2019 the park was established as one of Tanzania’s national park by the authorities occupying an area of 30,893 square kilometers inhabited by the great River Rufiji.

Game viewing in Nyerere National Park is one amazing activity done in the park throughout the year. A game drive can be done in the morning or afternoon enjoying the beautiful views of wildlife in the park as you observe the different animal species wander in the park and around water sources like River Rufiji. Animals like giraffes, zebras, cape buffaloes may be seen, and bird species like African fish eagle. 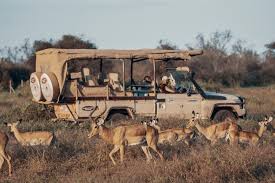 Taking walking safaris within the park gives an amazing sight of the scenery where one can take pictures of the many species of animals say for example bird species, and animals as you get an up-close encounter with Mother Nature walking through the trails in the park. This is done in the company of an experienced armed game ranger.

Get an opportunity to link up with the famous indigenous Masaai people who inhabit most of the national parks in Tanzania. While visiting the Masaai community you will gain an insight into their unique customs and way of living as you interact with the local people. 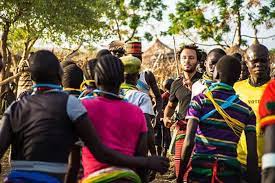 This is a unique and great activity to do as you visit Nyerere National Park. The boating safari is a great way to explore the park on the river as you spot different animals like hippos swimming, crocodiles, and also several other animals can be seen on the shores of River Rufiji as you sail through. 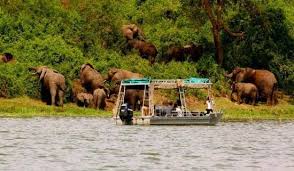 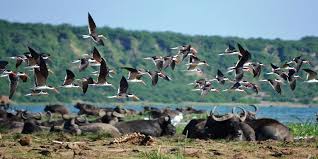 Nyerere national park is home to many animal species that are permanent creatures in the park and these include elephants, antelopes, giraffes, wild dogs, lions, cape buffaloes, gazelles and hyenas.

These animals have different wild behaviors’ that attract one attention to see as they feed, behave and live while in their territories. Such wonderful and amazing experiences are ones that can link ones desire to visit Nyerere national park to see this beauty. 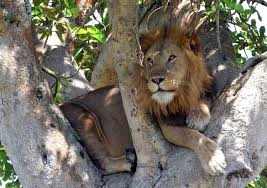 When to visit Nyerere National Park

The park can be accessed by using air transport, road transport or train

One using air transport can use the scheduled flights from Dar es Salaam and Zanzibar with a flight time that can take less than an hour.

Tourists  can also access the park by road from Dar es Salaam ,the road to Selous is graded regularly but it’s worth checking after the main rainy season of April & May how the road is.

Using a train to reach the park is an adventurous experience , getting  to the park  by the TAZARA train from Dar. This is the Tanzania to Zambia train that departs from Dar twice-weekly on a Tuesday and Friday with a journey time of approximately 4.5 hours.