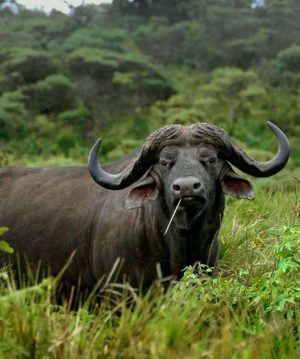 Rwanda Development Board is responsible for the overall management of all the national parks, related infrastructure and promoting tourism. In some cases, like that of the Akagera and Gishwati-Mukura National Park, the government entered into long term agreements with private partners to help run some park activities. 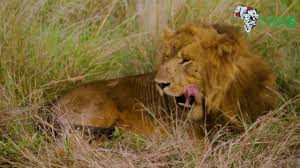 The top best Rwanda national parks include, Akagera National Park is gradually building a reputation as a leading destination for those interested in a true African safari and is the largest and only Savannah park in Rwanda. comprising of savannah, woodland, wetland and a dozen lakes. It was established in 1934 as the second national park in Rwanda boardering with Tanzania, it covers an area of 1,222 square kilometers.

Akagera National Park is blessed with water bodies but the most prominent are river Kagera, Lake Shakani and lake Ihema. The park once had one of the highest population of wild dogs in East Africa but most of them were killed by colonial authorities. The park lost most of its animal population after the genocide in 1994, thousands of former refugees stormed the park and opened up farms while at the same time poisoning all the 300 hundred lions in the park then.

At the moment all the big five animals, Leopards, Elephants, Rhinos, Lions and Buffaloes are once again roaming the park freely. Apart from the big five mammals, tourists can also spot zebra, impala, oribi, bushbucks, eland, tsessebe, hippopotamus and crocodiles. Akagera National Park is one of the best places for birding in Rwanda. It has a great concentration of water birds which thrive on the park’s vast marshes and wetlands. 425 species of birds have been recorded including the shoebill stork and the papyrus gonolek.

Accommodation
Luxury hotels include, One and only Gorillas nest with excellent accommodation, free WIFI and parking with pool and Spa, Midrange, Gorillas Volcanoes Hotel with a welcoming staff, restaurant and fully stocked bar with ample parking and pool, Budget, Akagera neighbours with a good restaurant, bar and shared lounge,

How to get to the park
The park can be accessed by road transport from Kigali National Airport though towns like Rwamagana to kayonza and kabarondo to Rwinkwanvu then to the park and the drive is about two and a half hours to the park.

The top best Rwanda national parks include, Nyungwe national park is rich in biodiversity and spectacularly beautiful, found near Rwanda’s border with the Democratic Republic of Congo and Burundi. . It is one of the two newest national parks in the county and covers an area of 270 square Kilometers. The park was established in the Southwestern part of the country in 2004 , it is Rwanda’s largest and oldest montane forest in Africa.

The mountainous region is teaming with wildlife, including a small population of chimpanzees as well as other primate species, with over 1,000 plant varieties, hundreds of bird species and 75 types of mammals, Nyungwe forest is dominated by a group of mountains whose formations are related to those in Congo and Uganda. From these mountains one can have great views of Lake Kivu and the Virunga Volcanoes during certain times of the day.

Although the area was once far more impressive, before it was decimated by banana plantations and deforestation plans, the Nyungwe Forest National Park is still a sight to behold with increased conservation efforts, and best area for hiking too, with well-preserved walking trails winding through the rainforest vistas, waterfalls and marshlands. And if you’re up for a trek, you can spot more than monkeys and gorillas here; walk along the Nile and the Congo to witness the various water springs that lead to the headwaters of the Albertine

Accommodation
Luxury accommodation include, One and only Gorillas nest providing with free ample parking, WiFi, with Spa and out door pool, Midrange, Nyungwe nziza ecolodge is a super pleasing tent lodge with a breathtaking environment, fully stocked bar and a shared lounge, Budget, kitebi eco centre

How to access
By road with a public transport ‘bus’ or 4×4 safari vehicle from a tour company from Kigali via karoji Town or huye town here you pass through historical and cultural sites such as King’s Palace, Nyungwe Forest among others.
By air from Kigali International Airport to kamembe national Airport then a drive to the park

The top best Rwanda national parks include, Gishwati Mukura national park is made up of two separate forests and Rwanda’s newest national park which was established in 2015 by combining the Gishwati and Mukura forests. The government has partnered with international organizations like the World bank to plant trees in previously degraded areas. The forest corridors have been rebuilt to connect the two forests to each other and to the Nyungwe forest. You will be able to track chimps, go birding, visit the local population and take part in a groundbreaking eco-tourism project. The park was established to help preserve and protect the chimpanzee populations, the park is also home to golden monkeys, blue monkeys and L’Hoest’s monkeys.

How to get to the park

The top best Rwanda national parks include, Volcanoes National Park is also known as ‘Parc Nacional Volcans’, this Is one of the best places in East Africa to track silverback gorillas with other primates and fauna. The park is found in the northwestern part of the country bordering with National Parks in Uganda and Virunga National park in Congo, the park was established in 1925 to protect the mountain gorillas and it covers an area of 160 square kilometers. The volcanoes national park sits on a higher altitude and is generally colder compared to Rwanda’s other national parks.

It consists of 5 volcanoes; Karisimbi, Bisoke, Muhabura, Sabinyo and Gahinga, bamboo forests, rainforests, a few lakes, marshes and the musanze caves. The Volcanoes national Park has the second highest population of mountain gorillas after Uganda’s Bwindi Impenetrable forest. The park is also home to golden monkeys and mammals like forest elephants, spotted hyenas, bushbucks, buffaloes, smaller primates and 178 species of birds. The mountainous and volcanic region of the Virungas is also situated within the park, and is a popular draw for visitors wishing to traverse the stunning landscape, offering various hikes and trails with differing levels of difficulty.

Tourists visiting the volcanoes national park can take part in several activities including gorilla tracking, visiting the musanze caves, golden monkey trekking and hiking one of the 5 volcanoes.