List of uganda national parks  and game reserves that make it the pearl amongest all .  Uganda is favored with an amazing tourist attractions diversely spread all over the national parks and is one of the most beautiful countries in Africa. Most of the visited and common national parks in Uganda include; Murchison falls national which is the largest in Uganda, Queen Elizabeth National Park, Bwindi Impenetrable Forest National Park, Mountain Rwenzori National Park and many more.

The main activity attracting thousands of visitors to visit the park often is gorilla trekking in Bwindi Impenetrable National Park.  Bwindi Impenetrable national park is situated in the South Western of Uganda (The Pearl of Africa) in Kanungu district. The park was crowned the best birding destination in Africa.

The driest months which are favorable and best to visit Bwindi Impenetrable National Park are between June and August and again in December through to February. Here the visitors will get an opportunity to view wildlife within the park.

Queen National Park is commonly known for its tree climbing lions though these kinds of lions aren’t special breed of lions. It is also a home to 95 mammal species and over 600 bird species.

The best and favorable time to view wildlife with in the park are the months of January to February and June to July during the dry season.

Murchison National Park is known to be the largest national Park in Uganda and one of the powerful waterfalls in the world. Every minute, the equivalent of 200 bathtubs full of water is forced through a gorge less than seven park. 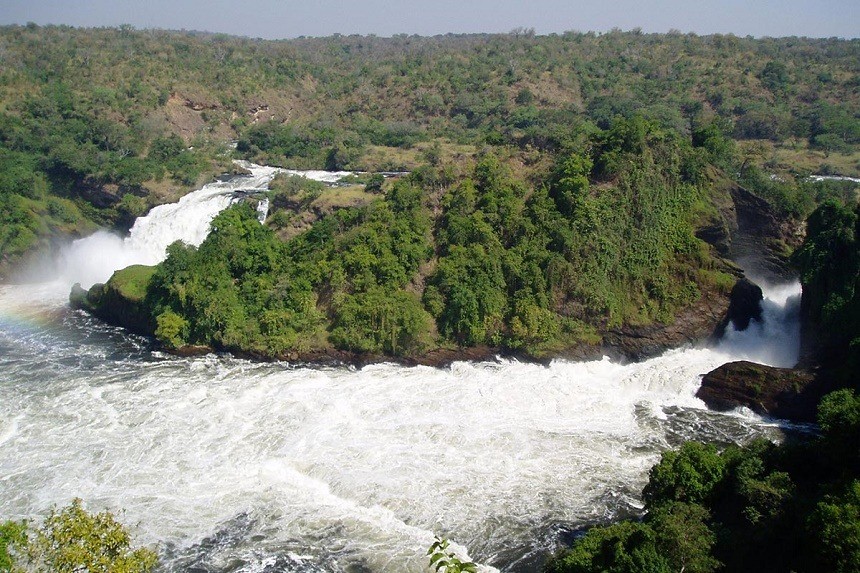 Throughout the month of December to February there is little rainfall hence considered to be the best and favorable time to visit Murchison Falls National Park.

November, December, January and February are the hottest months but not the peak season of travel apart from September. July and August offer a mixture of dry and wet season with high numbers of travelers to Kidepo valley National Park.

The tourists willing to visit Kidepo Valley National Park will be able to watch different kinds of animals within the park and these include; Side-backed Jackal, Spotted Hyena, Black-backed Jackal, Eland, Giraffe, Hartebeest, Bush Pigs, Rothschild, Zebra, and the big four include; Lions, Leopards, Elephants and Buffaloes.

June to September and December to February are the best seasons to visit Kibale National Park since that is known to be dry season for game viewing. March, May, September, and November are the wet season where wildlife viewing is so impressive with good time for bird watching.

Rwenzori Mountains National Park is also known as the Mountains of the Moon because of its unique flora and supernatural beauty. It is situated in Western Uganda and comprises the main part of the Rwenzori mountain chain which includes Africa’s third highest peak.

The best and favorable time to hike Rwenzori Mountains National Park is from June to August and from December to February.

The two hot springs have made the park very famous. The male hot spring is about 12 metres in diameter and called Bintente while the female Nyasimbi. Apart from the hot spring, birds and primates, visitors can also visit the Mungiro Falls. Semuliki National Park is a home to the largest population of Uganda kobs and birds.

The visitors should consider the months of December to February when visiting Semuliki National Park. In the period of the wet seasons, the roads become almost impassable and wildlife viewing is very limited.

Mount Elgon is notable for its rich wildlife and spectacular views of the Karamoja plains in Uganda and the Kapeguria hill in Kenya. Mount Elgon is the highest volcanic mountain in East Africa and 8th highest mountain in Africa.

The favorable time to visit Mount Elgon National Park is during the month of June, August and December.

Mount Elgon National Park is a habitant to a number of small antelopes and monkeys including black and white colobus as well as blue monkeys.

Gorilla National Park is a habitat to more than half of the world’s population of the endangered mountain Gorilla.

The favorable and best time to visit Mgahinga Gorilla National Park is during the course of dry seasons that is to say; June to August as well as December to January.

Mostly the animals that bring and attract tourists to this park are the endangered mountain gorillas as well as the golden monkeys. Other animals include; golden cats, forest buffaloes, elephants, bushbucks, bush pigs, South African Porcupines.

Ugandan National Parks are normally protected areas which are known to be the habitat to numerous number of wildlife. These national parks do protect places important to Aboriginal people, and places that show how people lived during the past.

Book your trip to  the pearl and experience the wondering and amazing scenic view.