The best time to visit Namib-Naukluft national park varies with the interests of visitors which includes; the dry season and wet season in Namibia.

Namib-Naukluft is a well-liked tourist attraction in Namibia, however it is less well-known for its wildlife and more for its spectacular desert landscape. It is possible to visit the park all year long, but the cooler months of May to October, when the temperature is slightly above 20°C and there is a low chance of rain, are the coziest. You should book your journey well in advance since it is the busiest time of year because this is also the best time to see animals.

The Namib-Naukluft National Park has a hot, arid climate with little precipitation. Although low temperatures may occur at night in the winter, the summer (November to April) can see temperatures far exceeding 38 °C/100 °F (October to April). Sossusvlei is located at a low altitude and experiences unusually high temperatures; the heights in the park vary widely. One of the largest and driest nations in sub-Saharan Africa is Namibia.

Most of the higher heights are in the Naukluft Mountains region, which is normally a little cooler. Because of the chilly air coming from the Benguela Current, air temperatures are low. The annual rainfall average increases from 20 mm to 50 mm up to around 50 km inland. Even though it only occurs a mere 40 days a year, fog is crucial to desert organisms. Rainfall starts to decrease by march and temperatures lower after the rains with the nights getting cooler.

It’s scorching during the dry months. In low-altitude portions of the park, such as Sossusvlei, daily temperatures frequently exceed 38°C/100°F despite having an average of 27°C/81°F. On average, the morning temperature is 14°C/57°F. The Wet season, which includes summer, is marked by minimal rainfall.

Namibian summertime. Maximum temperatures often range from 30°C to 35°C (86°F to 95°F), with the desert experiencing temperatures as high as 40°C (104°F). Occasionally, there may be violent downpours in the afternoon. Typically, mornings are clear, while afternoons are when it rains.

December and November, It’s incredibly dry. After a protracted dry season, the first rain is welcomed with relief. Around 27°C/81°F is the average afternoon temperature. Areas lower in elevation (like Sossusvlei) will be much hotter.

The record high temperature of 45.5 °C was recorded here in March 2013. Based on data from all 11 weather stations in Namibia below 1720 meters in elevation, the hottest summer from July to September was observed in 2015, with an average temperature of 20.1 °C.

By November, temperatures will have risen significantly and will be quite hot despite the low humidity. Daytime highs typically reach beyond 30°C (86°F). In the late afternoon, clouds begin to gather and there is a chance of rain. 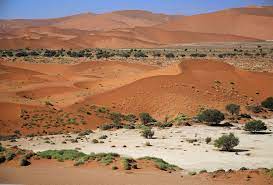 It commonly rains throughout the summer from November through March, usually in the form of afternoon showers or thunderstorms. The rainy season lasts from January through March, when it pours the most. In the Namib Desert, rain is incredibly infrequent. With mean monthly totals of roughly 62 mm, 66 mm, and 55 mm, respectively, the three months of January, February, and March receive the greatest rainfall. Hydrologically speaking, the nation of Namib is dry and water-scarce.

The only months with regular rain are January, February, and March, although despite this, the weather is still primarily dry and sunny. People should use caution whenever it rains since flash floods could happen in dry riverbeds. It often gets cooler after a shower, with daily highs of around 28 °C (82 °F). April: April sees a sharp decline in the number of days with precipitation. The average temperature drops to around 26°C/79°F.

The cooler months of the year provide reprieve from the summer heat at other times of the year. Almost no rain falls, and as the winter wears on, the air becomes dryer.

It remains dry and sunny in September and October. End-of-winter temperatures rise to an average of 25°C (77°F), with low-altitude locations experiencing peaks of 38°C (100°F) and higher. Around 10°C/50°F, the early mornings are less chilly.

The cool season, which has an average daily high temperature below 74°F, lasts for 2.4 months, from May 25 to August 6. The coldest month of the year in Windhoek is July, with average lows of 47°F and highs of 71°F.

The best season to visit Namibia is from July through October, when temperatures are just over 20°C and there is little possibility of rain. Make your preparations well in advance because this is the busiest travel period because it’s the ideal time to see animals.
The rainy season in Namibia. The summer months of November through April are referred to as the “rainy” season. The usual weather consists of intense afternoon thunderstorms and high temperatures.

The shortest month of the year to visit Namibia is February. Although it’s still comparatively off-the-beaten-path compared to other African safari locations, many visitors to this country come for wildlife viewing safaris, and summer isn’t the best time to go game viewing. Namibia is hot in the winter with a likelihood of magnificent thunderstorms, while the Northern Hemisphere summer is bright and sunny, albeit with cold nights. The majority of the nation is dry, with bright orange sand dunes and cobalt skies. 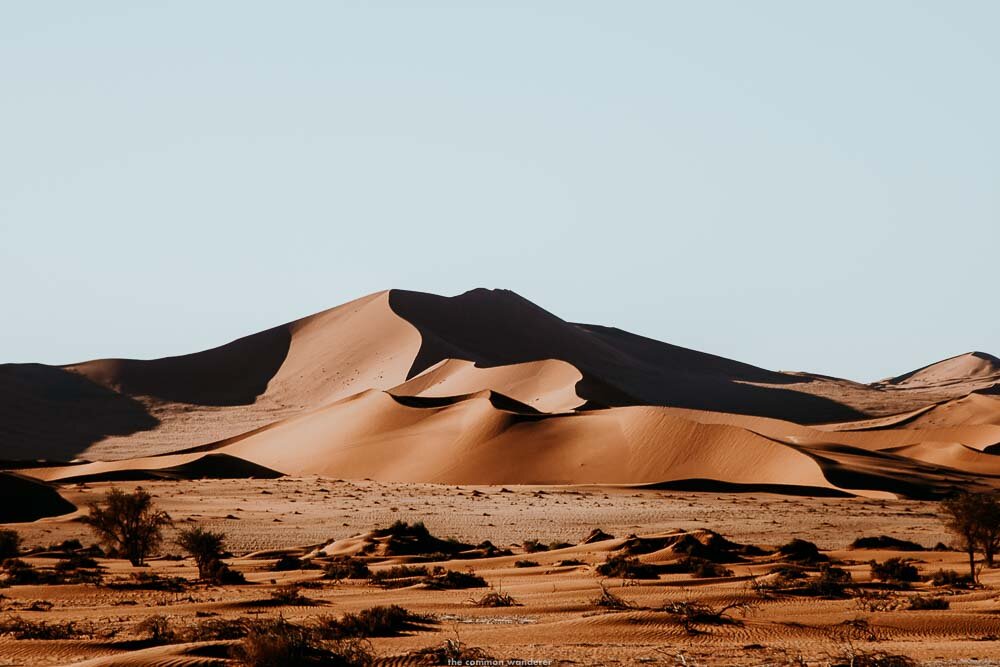 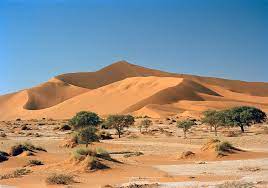 The Caprivi Strip is at its finest during the summer months, when there are wonderful chances for birding, with more than 450 species documented in the region. Birdwatching in the Caprivi Strip is available from November to February. The ideal time to witness a flamboyance of flamingos is during the summer, when they congregate in their millions on lagoons in Swakopmund (November to February).

The greatest time to visit Namibia is in September when the weather is pleasant and sunny with blue skies, and the nights are not too cold. Due to the scarcity of water sources, game congregates around the waterholes, making for excellent game viewing. Kubwa five safaris is a great opportunity you have got incase of trips, accommodations, information. For bookings and details you can reach out to there offices or online and all about Namibia.