Have you known it before that Addo National park is diverse wildlife conservation area located close to Gqeberha in South Africa, and is third largest park in South Africa the park covers an area of about 1640 sq km.

The ecosystem is comprised of several species, the park is also a home to over 600 elephants, more than 400 cape buffalo and almost 50 black rhinos, warthogs, zebra etc,  the best reasons to visit Addo are game viewing, hiking, game safaris, wildlife

The park is strategically located where wild animals are not disturbed, the park is known for large herds of elephants which are 600 in number .and the park is a home to other mammals like lion, buffalo, rhino, leopards, giraffe and antelopes. These animals attract a lot of people to the park, since most people are eager to see them thus the park has it all.

These animals are spotted mostly during dry season when they have gathered around the floodplains to drink water, this gives a greater opportunity to visitors to view the wildlife in their true form thus experiencing African wilderness.

The African elephants and the cape buffaloes are present in large numbers towards the end of dry season when the water is scarce in most areas, the park also has whales and great white sharks. 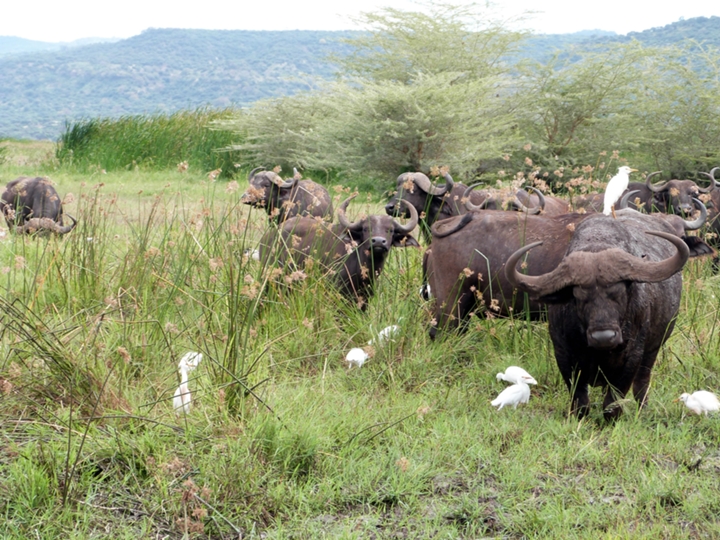 Have ever gotten a chance of experiencing the nature and the beauty of Africa, try it with Addo, at the Alexandria hiking trail, this is a two-day trail which 36km through the largest coastal dune field south of the equator.

This is one of the best activities carried out at the national park. The activity is carried out by the qualified guides and the armed personals in order to ensure safety of the clients during the activity

Honestly during game safaris at the park, different herds animal species are spotted at the park for example; elephant, buffalo, rhino, zebra can be seen at the park.

The game drive is done in the early and evening in order to be able to see most of the animals, the guides escort the visitors while explaining to them some of the details about different animals, the culture, the origin of the region and the clients are able to experience African safari while viewing nature thus more experience.

There is something peaceful about Addo national park with the surrounding trees beneath the wonderful African sun. the park has very nice view where the clients sit to view various features at the park which are interesting like the vegetation, elephants, bird species, rivers banks where the hippos and crocodiles are seen in the waters as other animals wade along the park, the flow of the river thus attracting tourists.

Do you love African elephants, this is the appropriate park for you! There are currently over 600 of them in the park and the chance of spotting them is high, you can find large herds of elephant around the waterhole located at the Main Camp with in the park,

They can also be spotted in large numbers at Hapoor Dam. And sometimes, you can encounter the elephant crossing the road during game safari.

Did you know that about 80% of the female elephants in the park don’t have tusks? This is because the absence of tusks gives the elephants a better chance to avoid poaching.

Apparently bull elephants from Kruger National Park have been introduced at Addo national park in order to widen the genetic pool, so that there is an increasing number of elephants with tusks at Addo to avoid over poaching thus attraction. 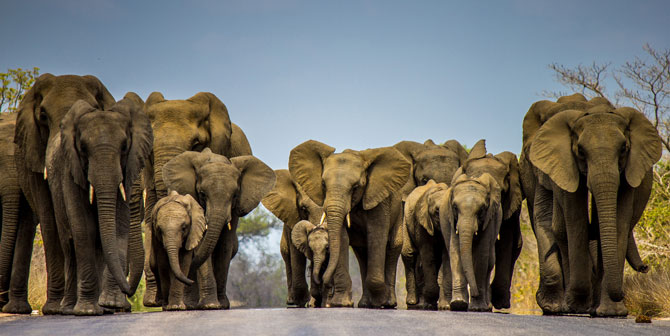 Did you know that Addo national park is not only home for big five but also provides a sanctuary for special subspecies of African lion, the black maned lion, and it is the only park where you can find the big seven in addition to the big five including southern Whale and the great white shark.

This is because located coast near Port Elizabeth and off the coast of Algoa Bay, where these two amazing marine creatures are easily spotted.

More than 15 years ago, the black-maned lion from Kalahari was introduced to Addo national these lions have been chosen because they are disease-free, and they wouldn’t spread tuberculosis to the Cape Buffalos. This is why the park is now home to one of the biggest herds of disease-free buffalos in South Africa, and they are the closest match to the now extinct Cape Lion which used to roam this area.

That is understandable, as catching a glimpse of the African lion, leopard, the black and white rhinoceros, the African elephant, and Cape buffalo is an experience that will stay with you your entire life.

When to visit Addo national park

The best time visit Addo elephant national park is during dry season between May to September. during this time there is scarcity of water in the park so the wildlife gathers around water sources to get drinking water thus giving a greater opportunity to excellent game viewing

The best time to see the southern right whale is from June to November. The peak calving season is July and August.  And Sharks are present in the waters year-round but, traditionally, the best time to see large numbers of great whites is during winter (May to August

Take N1 towards Colesburg, Atcolesburg, take N10 towards Cradock and Paterson. Take the R342 to the left when you get to the intersection with Paterson on your right, you will see a sign post Addo Elephant National Park. follow the road looking for the entrance on your left and the journey 13-14 hours by car.

The park is located near port Elizabeth which is about 75km from the park and one of the closest domestic airport, and the international airport is located in Johannesburg and cape town with connecting flights to port Elizabeth.

The park is well situated with in a malaria free area various accommodation facilities which are well equipped crockery, cooking utensils, and beddings, they offer free Wi-Fi, shared lounge and gardens, bed and breakfast

Some of the accommodations include;

The park is well situated with various attractions like wildlife, and various activities like swimming, sightseeing, nature walk