The park is located 6 km south of Swellendam, in the foothills of the Langeberg Mountains. It is bordered to the south by the Breede River. Bonteboks are rare, unusually marked antelopes. They are listed as vulnerable in the International Trade in Endangered Species Red List. They are endemic to the Cape Floral area, and  they once roamed the region of South Africa in large numbers.

European settlement and hunting brought the animal to near extinction by the early 19th century. A relict population was protected on private farmland. In 1931, seventeen members of this population were trans located to the first Bontebok National Park. Then in the 1960s, half of the population died from worm infections, copper deficiency and related syndromes.

In 1961, 61 animals of the surviving population were translocated to the current Bontebok National Park. The worldwide bontebok population of 2,500–3,000 individuals are all derived from this population. However, the maximum number a park  is 200 Bontebok because it is the park’s limit that they can support without inflicting serious damage to plant life.

Over the years the park’s surplus stock has been translocated to other nature reserves and private owners with suitable habitats. Other species found in the Bontebok national park include the African claw less otter, Stanley’s bustard, Secretary bird and the Blue crane, South Africa’s national bird. Grey Rhebok, Cape Grysbok, Duiker, Red Hartebeest and Cape Mountain Zebra can also be found here.

There are three hiking trails  that start near the rest camp which is accessible for day visitors from a dedicated parking area) and these are;

The best 5 reasons to visit Bontebok national park are explained below;

Bontebok is a national park known for mostly Bontebok species of antelope that were approaching extinction in the early 1800s and that is when some land owners set aside portions of land to form reserves for these animals Mr. P. V. Van Der Byl, his son, Mr. A. Van Der Byl, and the van Breda and Alberty are the families that recognized the dangerous situation of the species and without these families’ support the Bontebok might well have become extinct.

The park has these to thank for their remarkable efforts. In 1931 the first Bontebok National Park was proclaimed on an area near Bredasdorp. The Park was later moved to the area it is in now, to suit the habitat requirements of the Bontebok. By 1969 it was estimated that the numbers had grown to around 800 globally.

Today, the smallest national park in the South African National Park stable, Bontebok is proud to boast of its achievements in biodiversity conservation. The conservation story of this species is one of heart-warming success, bringing the numbers world-wide from a mere 17 bontebok, to a current global total of approximately 3000, 200 of which call Bontebok National Park their home.

Besides the Bontebok, you can also find small numbers of Cape Mountain Zebra, Red Hartebeest, Grey Rhebok, Steenbok and Greybok in the reserve. The largest of the 12 carnivores in this park is Caracal, but the most commonly seen carnivore is the Small Grey Mongoose. All these can be seen in the park making it one of the best 5 reason to visit Bontebok park in South Africa. 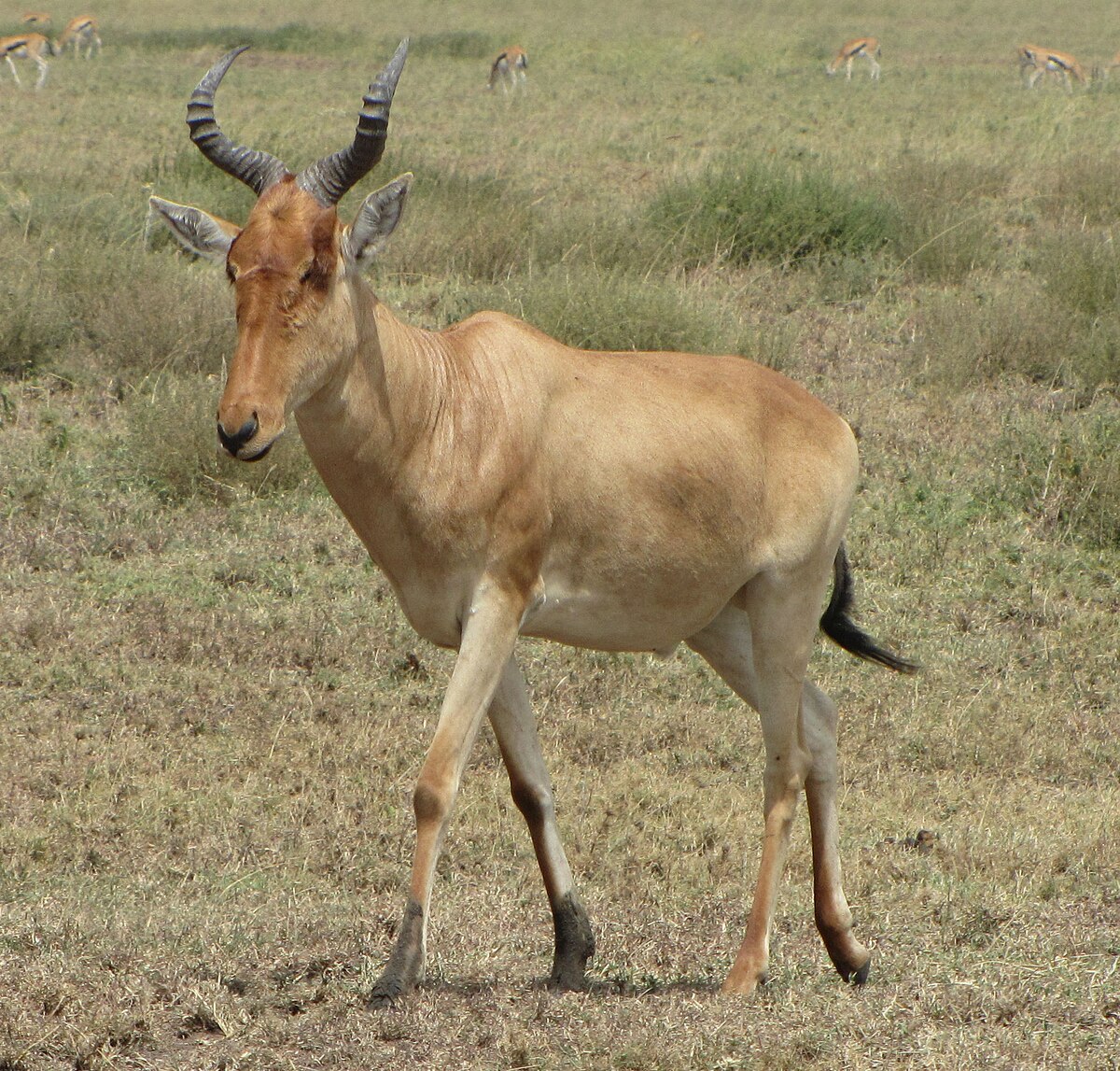 The park also has a wide variety of bird species  amounting to 201 species of birds found in the park including rare vagrants such as the Kelp Gull, Cape Vulture and Western Osprey. On the open plains you might also see Southern Black Korhaan and Denham’s Bustards, Black Harrier and Agulhas Long-billed Larks. The park is also known as an excellent place to see Denham’s (Stanley’s) Bustard.

Other large and visible species include Blue Crane, Spur-wing Goose, Secretary bird and Southern Black Korhaan. Malachite and Southern (Lesser) Double Collared Sunbird should be seen at the reception building, while the campsite attracts a number of species. Prominent amongst these are Fiscal Flycatcher, Klaas’s Cuckoo (summer), Acacia Pied Barbet and Red-faced Mouse bird. Pearl-breasted Swallow are regularly seen.

Swee Wax-bill frequents the dense riverine bush adjacent the Bree River, while Water Thick-knee are regular along the rivers. This gives a bird lover a variety of birds to see and study from the park making it one of the best 5 reasons to visit Bontebok park in South Africa.

Bontebok national park also is bordered to the south by the Breede River where you can practice fishing. The river has perennial mountain streams which are home to threatened fish species, mostly small fish species such as red fin minnows Pseudobarbus, Cape Galaxias zebratus and Cape kurper Sandelia capensis. Fishing can be done while in the camps inside the national park or while canoeing in the river.

Bontebok park is a park that was established by a group of families that were concerned about the decreasing numbers of Bontebok in the area which led to its establishment. The park is found in southern Africa. Southern Africa has one of the longest records of human activity anywhere in the world. The Swellendam region in the Over berg is rich in historic sites that date from over 1 million years ago to more recent colonial settlements.

The Stone Age period can be linked to the Khoi Khoi who, in the Swellendam region were known as the Hessequa meaning ” people of trees”. The Hessequa Khoi Khoi entered the Over berg region some 2,000 years ago. They were a clan of herders; farming fat tailed sheep and long horn cattle. The Hessequa’s moved freely across the western area of the Over berg and lived on the banks of the Breede River where they grazed their large herds.

Every Khoi Khoi settlement was controlled by a captain and at times up to 17 captains would set up camp with their nomadic dwellings at the settlement of the most powerful Hessequa chief. European settlers landed at the Cape of Good Hope in 1652 and the first contact with the Hessequa Khoi Khoi was in 1660. Lourens Visser, a representative of the Dutch East India Company established a trading post in the area in 1667.

To protect the company interests, Drostdy was built in 1745 as the official headquarters and residence for the magistrate. The town of Swellendam developed in 1747 in honor of the Cape Governor, Hendrik Swellengrebel. Land was cleared of fynbos as extensive wheat and sheep farming ensued. The arrival of settlers in the Over berg was catastrophic for the native inhabitants.

Smallpox, land competition, alcohol and tobacco decimated the clans of the Hessequa’s living in this region. Two Hessequa captains and their followers lived in the area where the Bontebok National Park is now situated. The Park’s rest camp is named after the first of them, a remarkable female captain by the name of Lang Elsie. Between 1734 and 1800 she lived with her followers at the southern part of the Park, grazing their stock all the way to the Buffeljags River.

Bontebok National Park is a place of simplistic beauty and peaceful charm. Where biking activities can be done by tourists in the mountain plains The majestic Langeberg Mountains provide a picturesque backdrop for this Park of colorful riches. Located on the banks of the Breede River, just 5km from Swellendam, making it worth the ride.

There are about 158 bontebok that traverse the fynbos plain and guests are certain to see this colorful conservation success story. And all this can be seen while on the biking trails.

Other than the best 5 reason to visit Bontebok Park, there are also other activities that one can do like canoeing in the river Breede, kayaking, swimming and many other activities.

When to visit Bontebok Park

How to get to Bontebok national park

The park is located in Bontebok National Park, Western Cape, South Africa is a few minutes drive from historic Swellendam and 240km (149 miles) from Cape Town. It is an ideal stopover on the way to the famous Garden Route and Port Elizabeth, which is 540km (335 miles) away. The park can be accessed in two different ways which involve flying by air or road transport. BY air, the Swellengrebel Airfield is adjacent to the park, suitable for light aircraft. By car, Bontebok National Park is situated 6km from the picturesque and historic town of Swellendam, 240km from Cape Town and 540km from Port Elizabeth. The park’s current entrance is about five kilometers.

Accommodation in near the park are classified into parts that cater for all the classes of tourists in terms of income including; luxury, mid-range, and budget option accommodations.

These are accommodations that are made for those tourists who are not willing to pay astronomical prices to live luxuriously in South Africa.

These are made for those tourists who are not willing to live luxuriously in South Africa meaning they are cheaper than the other two.

Kubwa Five Safaris is one of the best tour company that can taek you to and around Bontebok National park given its priorities of luxurious and comfortable trips for the tourist. And for more information contact kubwafive-safaris.com.