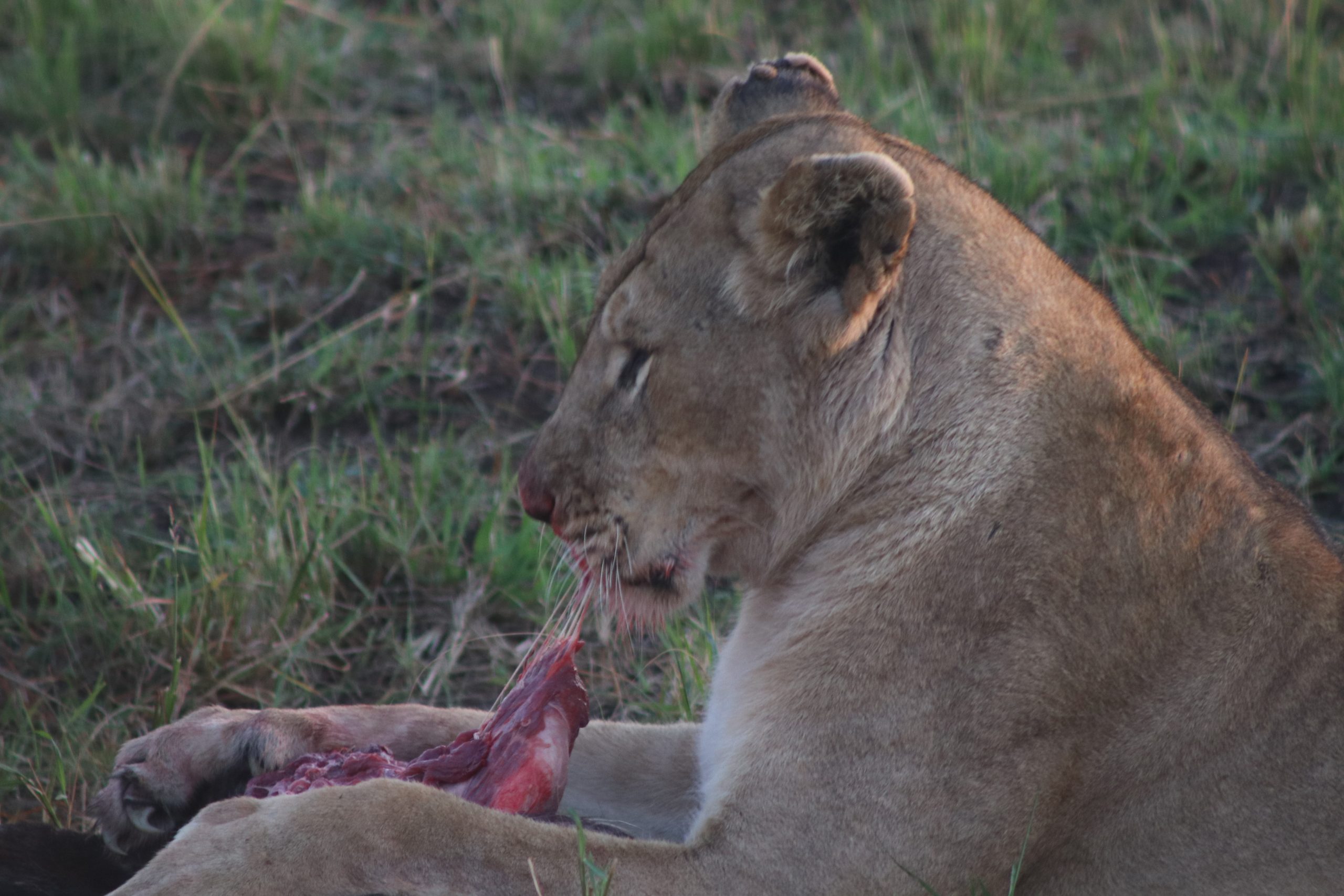 The best 5 reasons to visit Meru National Park in Kenya are; wildlife, Elsa the lioness and Joy Adamson’s burial sites, bird watching and nature walks. These will quench your thirst for a true wild safari experience and you are assured of seeing Africa’s Big Five giants.

Away from the ruckus and chaos that comes with dwelling near or within urbanized areas, Meru National Park is located in East Africa in a country called  Kenya. This quiet park can be found in the Eastern part of Meru city which is approximately 350Km North East of Nairobi (The Capital city of Kenya). It should be your go-to place for a true wild African safari experience.

This is because the park is endowed with a variety of wonders at your disposal. Some of these include; 13 different rivers, various animal species (Including the “Big Five”), several rolling hills all covered in green vegetation, swamps, over 300 bird species, thick jungles and so many other wonders.

Meru National Park was started in 1966, sitting on 870 Square kilometers, this park was booming with all forms of wildlife species which attracted tourists from all over the globe (especially in the 1970s). It is one of the two parks on which well-known conservationists George and Joy Adamson raised and then released their pet Lioness, Elsa into the wild.

After so many years of the beautiful park doing so well, in the 1980s, it was  aggressively and excessively encroached upon by poachers which striped her of the natural beauty and left her with very little to no commendable wildlife species. There was also a lot of insecurity which resulted from the murder of George Adamson (1989) hence making the park to be abandoned and forgotten.

So, after featuring nowhere on people’s lists of Safari destinations, the park naturally got rejuvenated and became as wild, rough and authentically wild as a true wilderness should look like. Security was reinforced and in 2000, it was once again fully opened to the public by Kenya Wildlife Service with assistance from the International Fund For Animal Welfare.

Here are the best 5 reasons to visit Meru National Park;

Although remote and full of rugged terrains, the park is home to a variety of wildlife species some of which are water, land and forest dwellers. Examples include; The famous “Big Five” which are made up of the Elephant, Lion, Buffalo, Leopard and the Rhino alongside several other animals like giraffes, Oryx, Grevy’s & Plain zebras, cheetahs, hippos, crocodiles, kudu among others.

Due to the tall bushes and dense vegetation in the park, seeing some of these animals can be tricky most especially the Leopards, however, the well trained park rangers and guides know how to maneuver and find them so that you do not miss out on any animal. The rhinos have their own fenced sanctuary where they are peacefully monitored and kept away from potential poachers. 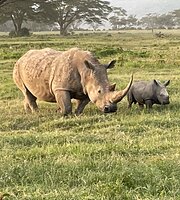 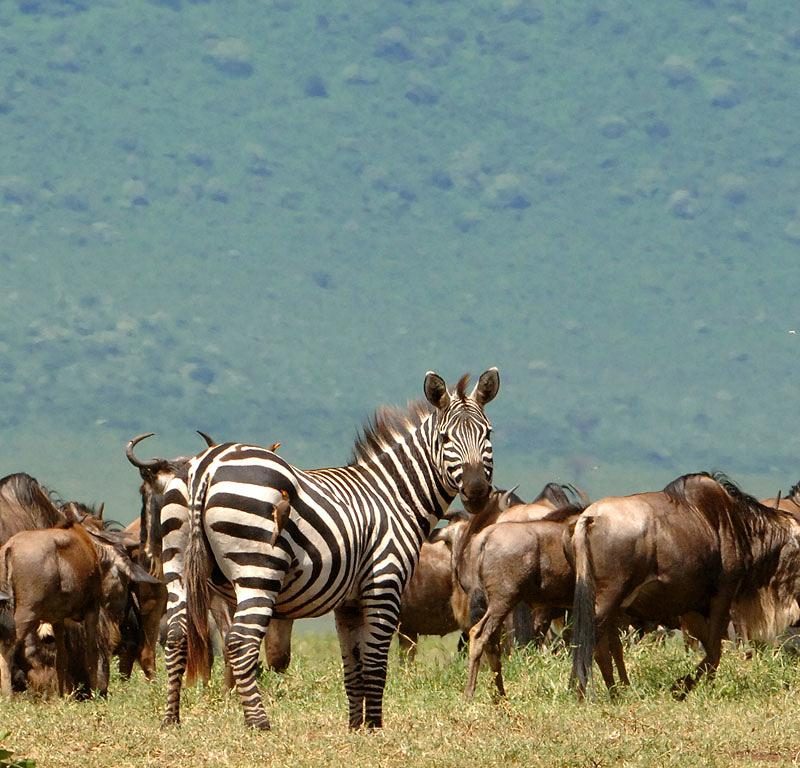 The Adamson family (George & Joy Adamson) from Dutch and their adopted Lioness Elsa made the park famous and known world wide when they permanently settled in and published numerous documentaries about there experiences and life at the park. Their “Born Free” documentary informed people about Elsa the free Lioness whom they had eventually released back into the wild.

So when Joy died, her husband scattered some of her ashes and buried her besides Elsa who had passed on earlier. Until now the Adamson family burial site is one of the major tourist attraction feature in the park. Fellow conservationists, Dutch people ad lovers of the wild come all year long to pay tribute to the beloved bunch.

Meru park is home to more than 300 recorded bird species. Some of these are forest birds while others are water birds. Even if you are not that much into bird watching, these unique birds will get your undivided attention for sure.

These include; the Wattled starling, secretary birds, chanting Goshawk, ostriches, Martial Eagles, Hartland’s bastard, African Fin foot, fish eagles among several others.  Their chirping and sounds give the park a great wild feeling. It is no surprise that this wildest park you will ever see when you go to Kenya.

Remember this park is quite spacious and has not yet picked up in terms of having very many people visiting it in large crowds. This is actually a blessing in disguise because while on a 4×4 tour bus driven by an experienced driver and under the guidance of  knowledgeable tour guides, you will be able to visit and see as many sites and wild animals, as you please without being hindered by other touring crowds.

You will be able to capture as many pictures as you want and time spent out there will not be as limited as it would have been had there been many people. 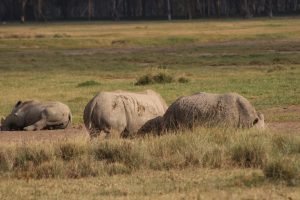 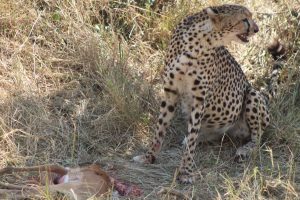 The Landscape At Meru National Park

The entire park is a visual cuisine to say but the least. A combination of several rivers, dense jungles, rolling hills, forests, mountains, plains, bushes and shrubs is very satisfying indeed. You can enjoy these exceptional features while on the game drives.

This is actually so much fun. After spending a lot of time in a tour van, the park offers opportunities for you to stretch your legs and tour around on foot. Several security measures are highly practiced to avoid tragedies for example; as a tourist, you cannot go on a nature walk all by yourself without the company and guidance of an experienced park ranger.

This is simply to make sure that you do not get a run in with any wild animals. Nature walks help tourists to see several plant species, butterflies, birds and other features.

What is the meaning of a nature walk in Meru National Park if you miss visiting the Adamson Falls? These are 50 meters high and were named after the Adamson family who were the first foreigners and tourists to visit and permanently settle within the park.

These falls were formed at the spot where River Tana forces its way between tightly knit together rocks in the Hastings caves. These can be accessed after 2-3 hours of hiking while on a nature walk. They are also a good tourist attraction worth your visit.

Other than these best 5 reasons to visit Meru National Park, there are several other things about this park that will make your visit totally worth it. And sooner or later, the park will be given the credit it deserves because it is well deserving.

When Should You Visit Meru National Park?

The park is open through out the year so you can feel free to come through whenever you please. But also, you should know that Kenya has two seasons which is the wet and dry season. The dry season is more ideal for such safaris, therefore, please organize your tour to be between June to September (dry months). The wet season makes movements difficult due to mud and sliding tendencies.

How Do You Get To Meru National Park?

The park can be accessed either by road or air.

Meru is 223km from Nairobi. You can either use public or private means  and in 5hrs and 19 minutes you will be at the park. This can either be on a bus or private car.

This can happen in two ways;

Where To Stay (Accommodation) at Meru National Park

No need to be worried about where you will be staying when you come for your tour. There are several hotels and lodges that are willing to host you. These offer accommodation that ranges from luxury, mid-range and budget.

This is for high class guests who are fond of luxury and limitless spending.

This is for for those that want to stay in good but affordable places. Such guests spend but not that much. Mid-Range places include;

This is the cheapest and is for clients who are on a tight budget. Examples include;

Please book your stay at least a month before you come. This can all be done online and in case you change your mind, you can still make the necessary changes online. Most of the accommodation places mentioned above have their telephone numbers and email addresses attached to their social media pages. You can use those to make online arrangements.

July to October is the dry season.
It’s warm, sunny, and dry out. There is very little humidity and very little rain. Although the first rains relieve the heat and provide relief, the temperature peaks in October.

November to May is the rainy season.

The “short rains” from November to December, the “long rains” from March to May, and a dry time in between make up the wet season. Except for April and November, rain totals aren’t particularly high.

My Conclusion about Meru National Park

I know this may sound crazy and probably unbelievable but just by writing about the best 5 reasons to visit Meru National Park, my mind has gone on an adventure of its own. And I am sure you too hoped onto the ride. It will be even more fun and fulfilling if you booked a flight or trip to Meru National Park.

Let us give her back the glory she once had. With your support, everything is possible. Like the Kenyans say, “Karibu” which means you are welcome in Kiswahili their local language. Meru tells you Karibu for a visit.