The Best 5 Reasons To Visit Mangetti Park include; wildlife, birding, hiking, vegetation and game drives.Mangetti national park is located in Namibia, established in 2008 and has a size of approximately 420 km sq. Situated in the eastern Kalahari woodlands about 100 km south west of Rundu, Mangetti national park is being managed with a goal of increasing tourism in the region to reduce the regional imbalance in Namibia.

Mangetti is a part of a new generation of parks aimed at the reduction of rural poverty through the tourism development done with the local people. Mangetti national park is one of Namibia’s latest national parks having a potential of becoming a new tourist highlight in the north east while also doing the job of conserving wildlife and vegetation.

It also has the potential of providing tangible socio economic benefits to local communities through careful tourism development. The area was previously managed as a  game camp for breeding rare and endangered species. The land was originally set aside for conservation by the Ukwangali Traditional Authority. The park consists of North-west/south-east aligned ancient dunes are  a major  topographical feature having Tree and Shrub  Savannah Bio-me, North-Eastern Kalahari Woodlands and Vegetation on dune crests markedly different to that  in dune valleys.

With all that taken into account, the park is currently open for day visitors only.

The best 5 reasons to visit Mangetti national park are explained as follows;

Mangetti national park in Namibia is one of the many harbors of different animal species in the whole country and it was established as one the new generation parks are are going to end or reduce the community poverty. The park comprises of different mammals, reptiles, and many more all in one place making ti one of the best 5 reasons to visit Mangetti national park.

The park boasts with Sable antelope, African wild dog, Leopard, Hyena, Blue wildebeest, Oryx, Kudu, African wild cat. Occasional Elephant and African wild dog and so many others. These are all fascinating creatures that you can see in the national park. Did you know that the sable is a rotund, barrel-chested antelope with a short neck, long face, and dark mane.

Both males and females boast impressive ringed horns that rise vertically and curve backward and when they arch their necks and stand with their heads held high and tails outstretched, they resemble horses. Just to tell you that if you see one, do not think its  horse.

The park also has different kinds of bats like Angola free tailed bat, Variegated butterfly bat, Commerson’s leaf nosed bat which is a species of bat endemic to Madagascar and so on that are all found here. If these are not worth seeing by your own eyes, then i do not know what is. 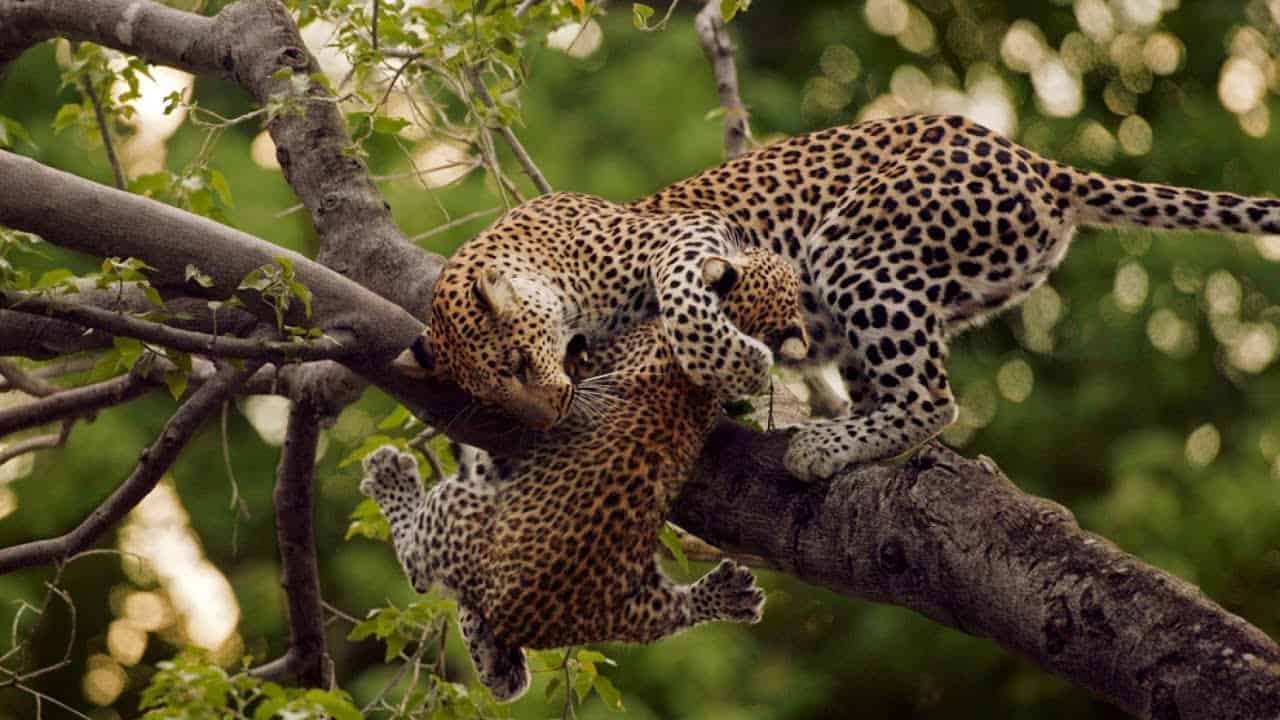 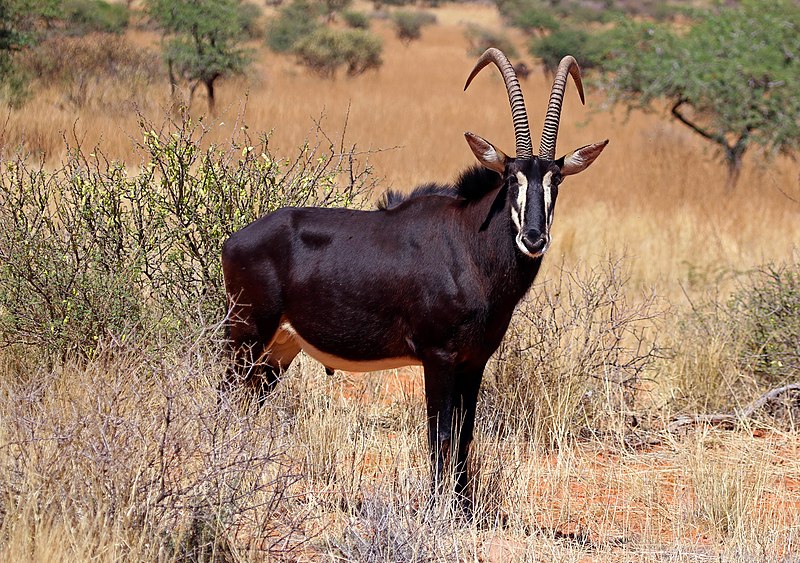 Given the dense vegetation of Mangetti national park, it is a home many African bird species  that live and breed in the park. Some of the bird species that are seen in this park are the tawny eagle, the striped king fisher, the lapped face vulture, the Bateleur, Meyer’s parrot among others.

Mangetti national park has trails that are used while hiking and this hiking is done with an experienced guide because of the strict policy of not entering the wilderness without a guide. Hiking is an advantage to those of you that want to get a closer look at the park because you get the chance you to see what you would have missed while on a game drive.

The little details of the small animals and also the different flowers of wild plants are all at your disposal to see. You always get a chance to get to the park very well like the names of the trees in there and what their purposes are, you might learn some local medicines that are quite life changing.

Given the wide area occupied by Mangetti national park of 420 km, this gives enough space for the game drives , including; self drive to take place for one to see the different vegetation in the park, the different wildlife species that take refuge in the wilderness. This gives you an opportunity to move round the park quickly to be able to see what ever the park has to offer.

Other than the best 5 reasons to visit Mangetti national park, you might also be interested to see some the surrounding tourist attractions that neighbor the park including visiting the Hoba meteorite, Kavango west concessions, the Das Alte Fort museum and so many others in Namibia. 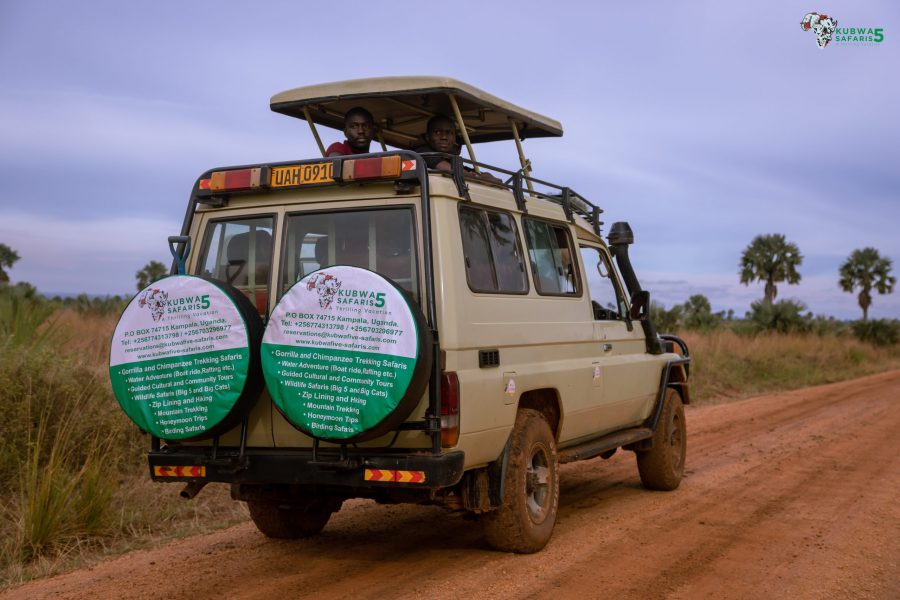 When to visit Mangetti national park

Mangetti is open all year to all tourists around the world. The park is open for day visitors from sunrise to sunset,  Midday temperatures can be very high in summer. Summer rain showers are usually brief & generally occur in the afternoon The national park enjoys quite a temperate climate and is a year-round destination. The area does have a warmer time of year which is from September to November. The winter months prove to be the best time to visit.

How to get to Mangetti national park

Getting to Mangetti national park comprises of both road and air transport, You can fly from Windhoek the capital city of Namibia, then land in Rundu airport before taking an hour’s drive to the camp that is near the Mangetti National Park. The drive from Windhoek to Mangetti will take you about seven hours and since there is practically nothing interesting to see on your way to the Park, it is better to opt for flying in and this will also help you get to the park early.

When you get to the Park, 4×4 cars are always recommended to get you around and this is because of the of sandy roads within the National Park.

Accommodations in the Namibia are always classified into 3 where all the tourists are catered for in terms of finances.

These are accommodations in Namibia that cater for a tourist who is not willing to live luxuriously but comfortable in Namibia.

These are the made for tourists that are not willing to live luxuriously in Namibia.