Did you know that Hluhluwe Imfolozi National Park is located in South Africa and is one of the oldest nature reserve in Africa. It covers an area of  about 960 km sq. of the hilly topography and 280km sq. north of Durban in central Kwazulu natal south Africa

This is a Big five park in Kwazulu Natal with about 96000 hectares of wilderness and has magnificent big five sight seeing, photography among others with various animal species including birds

The park is a 96000 hectare reserve and is home to the African Big five like lions, elephants, leopards, rhinos which attract more tourists with in the country.

Other wildlife that one may come across while out on safari include, Cheetah’s, Wild Dogs, Nyala, Kudu, Wildebeest and a whole lot more. The park is truly a magnificent reserve with some incredible vantage points, hides, and picnic areas.

Game ranger for the day has years of experience within the Hluhluwe-Imfolozi Park. He or she will waste no time and get you to the best areas within the park. Destinations may vary from day to day depending on the sightings and time of year.

The park has some fantastic history and was once the personal hunting grounds of King Shaka and is also the park that saved the Rhino’s from near extinction in the late 50’s when less than 100 Rhino’s roamed the earth.

They are easily spotted during summer when the rain is limited and the vegetation is minimal, this calls for visitors from different places to come and see the animals with in the park in real nature and form for example, elephant, hyena, zebra, hippo with in the surrounding water body.

Hluhluwe’s most famous Black Rhino name  become a visitors favorite and make international headlines was the one-horned Black Rhino bull, fondly named “Waltzing Matilda”, by visiting Australian troops, on a stopover and route to the theatre of World War II in Europe.  this has made the park famous and thus attracting more tourists to experience the true meaning of African wildlife.

Have ever you known it before that the park has Isimangaliso wetland with in, It is a pleasant experience and enjoyable to carry out boating on the water bodies to which hippos, crocodiles and other water animals at st Lucia estuary with activities like swimming, sand bathing, fishing among others and they are much enjoyable .

The guides are knowledgeable and have brilliant and good insight about the animals in the water body and the surrounding vegetation. fishing is also carried out where the tourists carry out the traditional African way of fishing as well as tasting the fish like tilapia made by the local community. 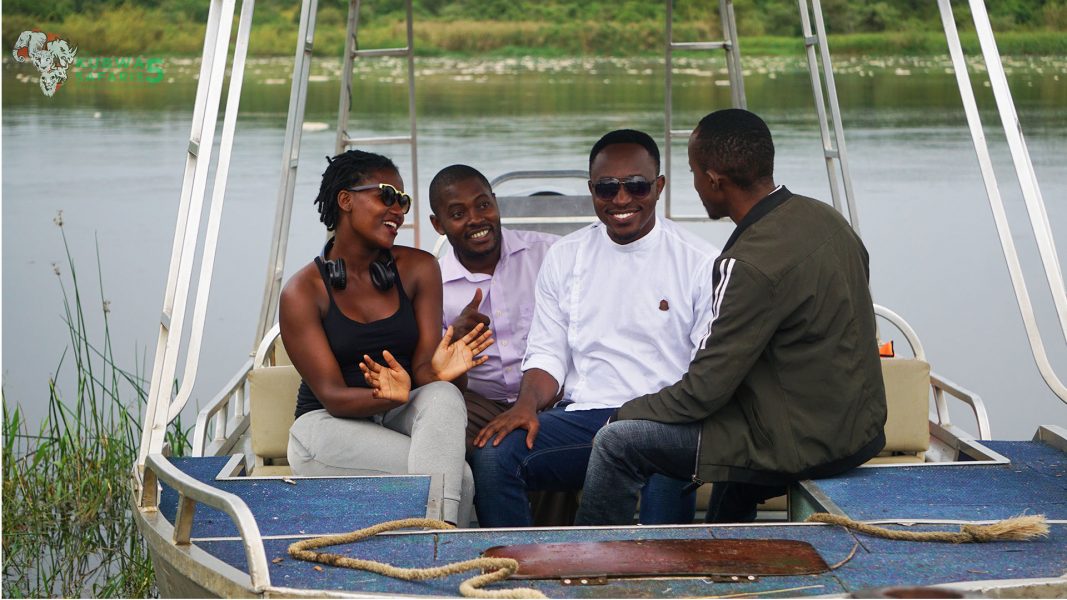 Honestly the park has a variety of birds which are interesting and are very attractive these birds sing melodious harmony in the forests which are amazing to the clients. The park has over 400 bird species and 46% of the species are found in the southern sub region.

Did you know that Hluhluwe Imfolozi has an enormous wilderness area and open grassland, hilly topography where one can walk on trails. Thus the area has a nice view for sight seeing around the rivers mostly during the summer when there is limited rainfall animals are easily spotted gathering around water sources

The park has beautiful scenery with rolling hills, valleys, forests and grassy plains. Three rivers flow in the valleys, the most notable being the Hluhluwe river with its string of pools

Sontuli is a great picnic area to enjoy while watching the wildlife waddle along the River.

The best time to visit the park is during dry season when there is limited rainfall when the roads are a bit accessible during summer from May to September when the sky is cloud free and the animals and birds gather around the water sources to calm thirsty thus giving a clear view to the tourists. During this time you will be able to spot various wildlife with in the park

Between the months of October to April the season is wet with heavy down pours the vegetation is thick therefore;

Durban is located in the South of  Hluhluwe-Imfolozi Park, getting to the park is easy. Take the N2 and travel North. the distance is approximately 250 km Central Durban. The  drive is along sugar cane and some marvelous Indian Ocean views.

Once you arrive at Mtubatuba take the R618 towards Nongoma travel which is approximately 28 km  to arrive at Nyalazi gate at Hluhluwe Imfolozi Park.

From St Lucia  take the R 618 and travel towards the N2  travel over the bridge continuing on the R 618 until you cross the Cattle grid. You will see a sign board indicating the Hluhluwe-Imfolozi Park Gate (Nyalazi) on your left after traveling 54 km from St Lucia.

Accommodation at the park

Did you know that the park has various accommodation facilities including lodges, hotels, camping sites among others and some of them include

You will definitely love to stay at this lodge. It is  located deep in the bush and the stunning views and the hospitality and cooking it more as if your home.

The park is well situated with various attractions like the wildlife, the beaches, vegetation which attract tourists and the park is well protected from intruders.