The Best 5 Reasons To Visit Agulhas Park in South Africa

The best 5 reasons to visit Agulhas national park in South Africa include; The lighthouse at Cape Agulhus, Hiking and Nature walks, Marine Life, Recreational and other activities, Floral Kingdom.

Agulhas national park is one of the smallest national parks in South Africa located in the Agulhas plain which is found in the southern Overberg region of the western cape with a total coverage of 209.59 square km  and the major attraction at this park is the southern tip of Africa which is a meeting place of Atlantic and Indian Ocean and even the light house which includes a small museum and a tearoom. The national park has a few wild animals which one can spot and also whales can be watched though that is seasonal ie from November to January and it also has some wrecked ships.

The best 5 reasons to visit Agulhas park in south Africa include;

1 The lighthouse at Agulhus park

One of the best 5 reasons to visit Agulhas is the lighthouse which is situated at cape Agulhas in the southern most tip of Africa and it is also the third lighthouse to be built in South Africa and still operating till now, it is the second oldest working light house after the green point and it is located in the southern edge of L’Agulhas which is found in the national park, It was designed in a unique Egyptian Renaissance style and it first displayed its light on march 1849 and in 1973 it was declared as a national monument ( national heritage site) then later on the building was renovated and officially opened on 28 January 1994.

Agulhas national park holds many secrets of nature which visitors may want to explore and these are the few things which the nature walkers come across; the fascinating ecological habitants, national monuments, shipwrecks and some signs of ancient settlements in this nature conserved area and it also has several hiking trails such as Rasperpunt hiking trail which is 5.5 km 1 hour and 16 minutes hike, De hoop long trail which is 12.6 km and takes 2hours and 54 minutes, whale trail Napier mtb and so many others

In the ocean you can look out for a number of marine wild life because just 3 kilometers off the shore on the Geyser rock fur seals are commonly seen in the waves and they are also occasionally seen on the beach and a variety of whales, dolphins are regularly seen playing in the waves especially in the more sheltered areas and porpoises. The Southern Right Whales come to the bays to breed from August to November.

4. Recreational and other activities at Agulhas park

Agulhas national park offers a number of both recreational and other activities to its visitors which include rasperpunt hiking trail visiting numerous coastal highlights, fishing, whale watching though it is seasonal, bird watching, fynbos walks, swimming, boat cruise, kite surfing,  Bredasdorp Golf. One of the best places to swim in at the park is the lagoon which is super beautiful, so calm and protected by rocks from the stormy waves outside. The lagoon is just a short walk to the sea from the chalets at the rest camp. Although it looks lovely, it’s actually pretty cold to swim in, so treat it as a refreshing dip. 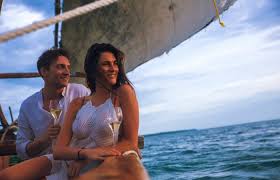 5. The floral Kingdom at Agulhas park

Agulhas national park has a number of wetlands where flora can be found and its floral diversity includes about 2,000 species of indigenous plants which include 100 that are endemic to the area and over 110 Red Data species which makes the Agulhas Plain an important component of the Cape Floral Kingdom with it being the smallest and also the richest of the six plant kingdoms of the world  and western cape is very important from the wildlife point of view

There are different vegetation types which are in this park and one of them is the endemic Elim (laterite) fynbos restricted to a few patches in the region and it is the smallest land surface of any vegetation type in South Africa and other species which make up this vegetation type are Leucodendron elimense spp, Elimense and Leucodendron laxum (vleirosie), Limestone fynbos is the endemic rich vegetation associated with the Bredasdorp Formation limestones with Lime-rich soils being mainly alkaline whereas other fynbos soils are acidic.

This place is very much suitable for photography

When to visit Agulhas park

The best months for swimming at the park are January, February and March

Cape Agulhas National Park surrounds the southernmost tip of Africa, It’s just under 3 hours drive from Cape Town. Therefore if one is from Cape Town he or she can take the 2 Highway to Caledon and for international tourists they can fly in to the airport.

Agulhus national park has no accommodation facilities found inside the park but it a variety of facilities in the neighboring areas and the most famous is;

It is located 103 km from the national park and it offers a variety of family, single, and chalet units with all amenities available such as Kitchen, bathrooms and DSTV which has all channels and accommodation at this place is serviced daily

It is located in the greater Agulhas rest camp offering a great view of the national park with all the necessary amenities provided such as Kitchen, bathrooms etc

Agulhas park is one of the destinations which never fail to amaze with with their beauty and you can also experience that same beauty by planning your trip with Kubwa Five Safaris which is a |Uganda based tour company operating in South Africa and East African countries, Let Kubwa five Safaris help you build those unforgettable memories of your life.