Hwange national park is located in west Zimbabwe, it is considered to be the largest game reserve in Zimbabwe, was established in 1928 and covers an area of 14600 sq. km, lies in the north western part of the country just between Bulawaya and Victoria falls, the governing body is Zimbabwe parks and wildlife management Authority.

The park is known for its grasslands and mapane woods which are habitat for herds of elephants, pride of lions, African world dogs, animals in the north west gather around Mandamu and Masuma dams to get water, and in the southeast, there are some waterholes like Nyamandhlovu thus providing a platform for wildlife to be viewed easily by the visitors. The best 10 reasons to Hwange national park include;

This park is well known for being the home of big five animals which includes elephants, lions, buffalo, rhino, and leopards. These animals attract most tourists to the destination and the park has large number of elephants which are more than 40000 and other animals like the white and black rhino of which the population is also growing, the wild dogs.

During game driving, visitors are able to sport most of the big 5 animals like the pride of lion, herd of elephants among others and also other animals are also seen thus making the visitors experience the true meaning of African wilderness.

This is done by the experienced guides and armed scouts to ensure the safety of the visitors; the guides also know the save and dangerous places at the park where as where to find those animals. 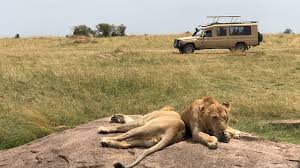 Hwange National park is one the homes of most birds in the world with over 420 bird species found at this park. The park has variety of raptors with over 50 species recorded and also strong number of grassland birds like Kori bustard, southern hornbill, spur winged goose, blue billed teals.

The birds accumulate in the months between November and April when many migratory species make their move to the south from Europe to escape from winter of the northern hemisphere.

Birders come along with their binoculars in order to view the far and tiny bird species in the park as well as experiencing the beauty of African wilderness.

Had you known it before that Hwange national park is located in the remote area of Zimbabwe with its small population and limited roads in the interior, this makes it difficult to be accessed by most people thus the park receives few tourists at a time. this makes it easier for the tour operators to manage the visitors and ensure that they all the necessary services that were included on the package.

The safari lodges at the park concentrate on quality and you are guaranteed a more private safari tour without the large crowds thus attracting mainstream travelling set thus the tourists experiencing the nature of the untouched African wilderness.

Have you ever known it before that Hwange national park is well known for its richness in wildlife and birdlife? It has over 500 bird species and over 100 mammal species. Various wildlife gathers around water sources thus creating clear view of sightings,

There are various animals at the park like elephant, lion, wild dog, leopards which attract activities like game viewing and experiencing the nature.

The park has various famous man-made waterholes which create space for spotting the big 5 animals and the has no permanent water sources, the animals rely heavily on the available manmade waterholes which are over 60 in number and are scattered all over the national park and are filled by water pumps from bore holes.

This makes it easy for the tourists who come to the park to be able to view most of the animals when gathered along side the water sources to curb down their thirsty.

The park has the most affordable accommodation facilities, you will find a selection of luxury and ultra-luxury safari lodges in the pristine location and untouched wilderness. The luxury lodges at Hwange are geared for high end of wildlife tourists, you will find a collection of budget friendly tented bush camps that cater for middle range traveler, the old ones have been renovated to meet the current standards thus attracting tourists.

Did you know that Hwange national park provide activities like nature walks which is carried out in the park, the guides make brief introduction about the history of the park, the dos and the don’ts? The visitors are escorted by the experienced guides who have the knowledge about most species at the park and responding to the questions asked by the visitors.

The visitors are encouraged to move with water, hiking shoes to avoid accidents, this ensures their safety thus enjoying the beauty of African weather. 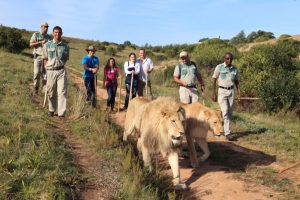 The park has the most beautiful and un touched wilderness and the vegetation which gives an impressive image of the real meaning of nature, visitors sit around the accommodations and the waterholes in order to view wildlife at the park.

The park has beautiful birdlife, and animals thus attracting more visitors to see them leading to the development of the park thus relaxation and experiencing African weather the morning sun rise and sun set.

Did you know that Hwange National park is one the parks in Zimbabwe that has the most attractive scenery in Zimbabwe? mostly during the rainy season the vegetation is all green, like the green pasture and other plantations which gives a clear view to the visitors.

The fresh full grasslands and trees appear with totally a different view with its water sources thus making it beautiful to see various creatures at the park without any interruption, the grazers during rainy season turn into floodplains thus attracting various creatures like zebra, waterbuck, kudu and impala.

you will see a wide diversity of of wildlife walking and grazing around the area.

the park is located in the rural areas of Zimbabwe, and it is difficult to access the area because the roads are in poor conditions thus receiving few tourists  at a time. these few visitors are easily cared about like receiving most of the activities on the package like sight seeing.

the park has un spoilt wilderness thus keeping the ecological system and the vegetation at large with its fresh air, this makes it possible to experience the wilderness and the park has accommodation for limited number of visitors thus offering camping grounds and entertainment.

When to Visit Hwange National Park

Have known it before that Hwange National Park is best visited during dry season from July to October, this is done in order to maximize the chances of seeing the big cat and other wild animals.

During this period the animals are thirsty during this period and travel for long distances to get water from the 60 manmade boreholes. And there’s low risk getting malaria, it rarely rains except the blue skies

In the wet season, the vegetation is thick and and the roads are not accessible making it difficult to reach the destination and there are high chances of getting malaria, too much coldness therefore; from January to march the camps and lodges maybe closed.

How to Reach The Park

the park can accessed using road from the main camp it is 200km on road south of Victoria falls, the drive takes three hours using a 4WD which is recommended during wet season.

If using your own vehicle, most lodges are accessed using a 4*4 and once there are further game drives have to be in lodge vehicles, with the exception of lodges like Miombo, Hwange safari lodge.

Hwange National Park has various lodges like Ganda lodge, Gwango lodge Elephant lodge, Ivory lodge which provides breakfast, lunch and drinks to the visitors. the park also provides camping sites for those interested in camping and the fee is all inclusive including the activities like sightseeing, nature walks, entertainment among others.

The park has park has various attractions like wildlife, birds, the ecological system and the floodplains. you can plan your  trip with KUBWA FIVE SAFARIS for more information