The best 10 reasons to visit Etosha park in Namibia include; Etosha pan, Okaukuejo and Moringa waterholes, wildlife, birding, Explore, photo-shoots, vegetation, game drives. Etosha national park is a national park in northwestern Namibia and one of the largest national parks in Africa. It was proclaimed a game reserve in March 1907 in Ordinance 88 by the Governor of German South West Africa, Friedrich Von Lindequist.

It  was elevated to the status of a national park in 1967 by an act of parliament of the Republic of South Africa. It gets its name from the large Etosha pan which is almost entirely within the park. The Etosha pan covers 23% of the total area of the national park.  The area is home to various of species of mammals, birds and reptiles, including several threatened and endangered species such as the black rhinoceros.

Since Etosha is a gateway to northern Namibia and Ovambo land, it is a popular stop in Namibia. The landscape is unique with a variety of of animals for example lion, elephant, leopard, giraffe, hyena, two kinds of zebra among others. The word Etosha means the “Great White Area” referring to a large salt pan. This is one to see because it is the biggest salt pan in the whole of Africa.

You can view the large salt pan etched against the desert backdrop on the Etosha national park satellite map which also includes the wildlife that is always easily spotted because plant life is scarce in the area.

The best 10 reasons to visit Etosha national park are all explained below;

The Etosha pan is a large endorpheic salt pan that forms part of the Cuvelai-Etosha basin in the north of Namibia. It is a hollow ground in which water may collect or which a deposit of salt remains after the water haws evaporated. The salt pans are the most noticeable geological features in the national park.

The hyper-saline conditions of the pan limit the species that permanently inhabit the pan itself; occurrences of extremophile micro-organisms are present, which species can tolerate the hyper-saline conditions. The salt pan is usually dry, but fills with water briefly in the summer, when it attracts pelicans and flamingos in particular. In the dry season, winds blowing across the salt pan pick up saline dust and carry it across the country and out over the southern Atlantic.

This salt enrichment provides minerals to the soil near the pan on which some wildlife depends, though the salinity of the soil also creates challenges to farming. The Etosha Pan was one of several sites throughout southern Africa in the Southern African Regional Science Initiative (SAFARI 2000). Using satellites, aircraft, and ground-based data from sites such as Etosha, partners in this program collected a wide variety of data on aerosols, land cover, and other characteristics of the land and atmosphere. To study and understand the interactions between people and the natural environment in the area also making one of the best 10 reasons to visit Etosha park.

Okaukuejo Waterhole in Etosha National Park in Namibia. It is said to be the main attraction for the Okaukuejo camp which is just a man made pond in its fence. Without the need of any activity like game drives because of the good wildlife experience got near this waterhole where most animals come quench their thirst and their interactions which are quite fascinating.

You will see a variety of animals reaching this watering hole, coming here from all over the national park. Among the animals in Etosha National Park are white and black rhinoceros, lions, leopards, zebras, wildebeest, giraffes, and elephants.  The waterhole is a half an hour drive north of Anderson’s gate which is also inside the park.

A man made waterhole next to Halali camp of Etosha national park, where animals come to drink from. It has an observation point next to it that sits inside the compound with a pile of rocks and a steel fence separating the two. From here, one can see various animals with ease, even during the night when the place is lit by flood lamps. During the dry seasons of May to October every year, as water becomes scarce and more animals come to drink from the waterhole. This is also the high season.

It also is about a 15 minute drive from the Etosha Salt Pan.The viewpoint can be reached by hiking from within the camp, and is the best place to view the waterhole from. Halali camp can be reached by air using an airstrip nearby, though a drive from one of the park’s gates should do as well. 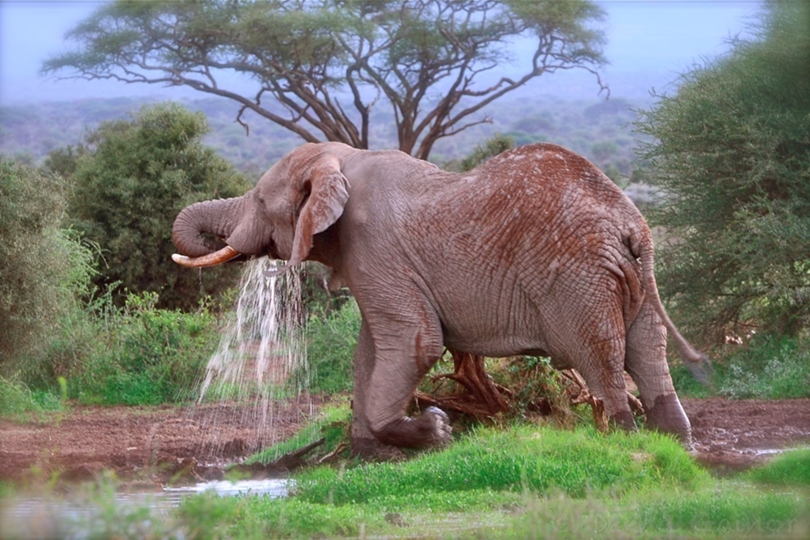 Etosha national park is a habitat to many wildlife species and the best game viewing is at the many waterholes scattered throughout the park for example the Okaukuejo and Moringa waterholes. Especially during the dry winters most species rely on these permanent water sources. The larger waterholes see large treks of zebra and springbok mingle with Oryx and bathing elephants. Some of the camps even offer flood lit waterholes, where you can spot rhino, elephant and lion drinking from the same waterhole.

Etosha National Park is home to four of the Big 5 animals. Elephants and lions are common in the park, while the leopard hides in the densely vegetated areas. This is one of the best 10 reasons to visit Etosha National park. It also has a healthy population of black rhinoceros. This archaic beast is endangered and the waterholes are probably among the best places in the world to see this precious animal.

The large mammals in Etosha National Park include lion, leopard, elephant, rhino, giraffe, wildebeest, cheetah, hyena, mountain and plains zebra, springbok, kudu, gemsbok and eland. Among the smaller species you will find jackal, bat-eared fox, warthog, honey badger and ground squirrel. The park is home to 114 species of mammals. Some of the other rare and endangered  wildlife species include the black-faced impala, which can be seen around Dolomite Camp and the fleet footed cheetah.

The plains are covered by large herds of springbok and zebra. The backdrop of the vast Etosha Pan makes game viewing in Etosha a unique experience. 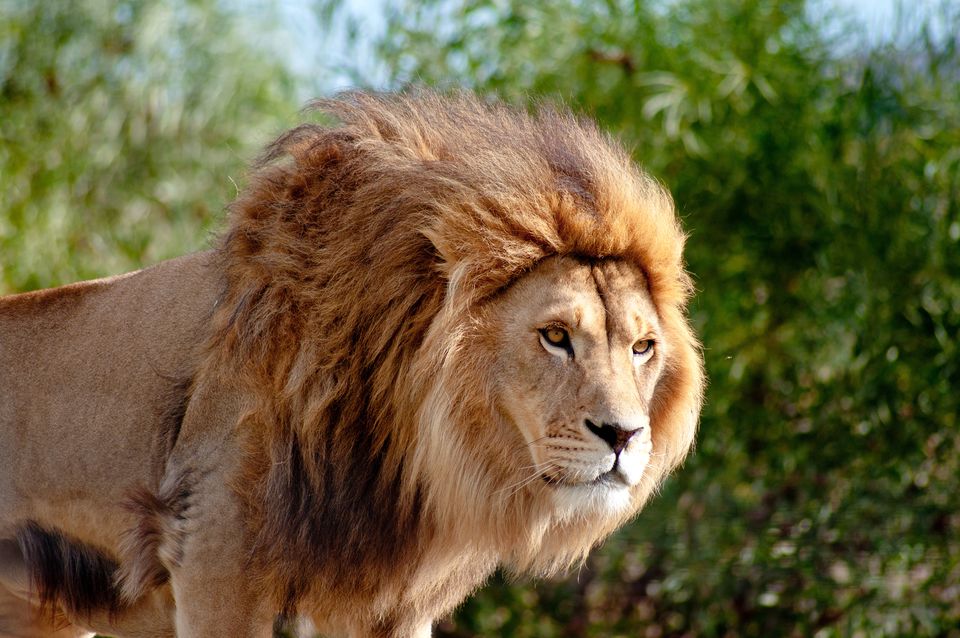 Birding in Etosha National Park is one of the common activities to do while there. The summer rains turn some of the vast pans into seasonal lakes and attract migratory and wetland  bird species. Etosha habituates about to 340 bird species, a third of which are migratory. The avian residents of the park make up an eclectic mix that ranges from flamingos to the colorful lilac-breasted roller and eagles soaring high above.

One of the best birding spots is Fisher’s Pan. Rains gather in the pan here you can see flamingos and storks wading through the shallow water. African open bill and great crested and black necked grebe can be seen here as well. After good rains the 5 000 km² .Etosha Pan fills with water and attracts a pink cloud of flamingos. The bird comes here to breed in thousands and also quench its thirst.

The best time to see them is during January and February when water is present in the pan. Usually, the amount of flamingos over this period depends on the amount of rain Etosha National Park is receiving. Etosha’s 35 raptors(these are predatory birds not the extinct dinosaurs) feast in dry conditions. Bateleur, tawny eagle and martial eagle float in the up winds. Goshawks sit in the branches and eight species of owl can be spotted after sunset. The vultures that visit Etosha include lapped-faced, white-backed and hooded vultures.

Etosha National Park in northern Namibia offers you the chance to spot game in a wonderful natural setting. Enjoy a fascinating African wildlife adventure in Namibia during day and night game drives or watch wild animals like Hippo, Giraffe and Lion on the waterholes with the atmosphere and floodlights at the Camps inside Etosha National Park.

In the evening, watch a herd of about thirty Elephants slowly trampling towards the waterhole right in front of you. Surprisingly, one Elephant first checks out if the waterhole is safe, then the whole herd, with babies also follow. You may see them putting their trunks in the muddy water and spraying themselves until they look white which can be bathing or cooling themselves.

A day of game-viewing in Etosha National Park in Namibia is already amazing and exciting. But for those, who don’t get a thrill seeing a roaring Lion in a close-up or some Hyenas hunting (and finally getting) a Springbok, there are other opportunities offered in the destination Namibia. 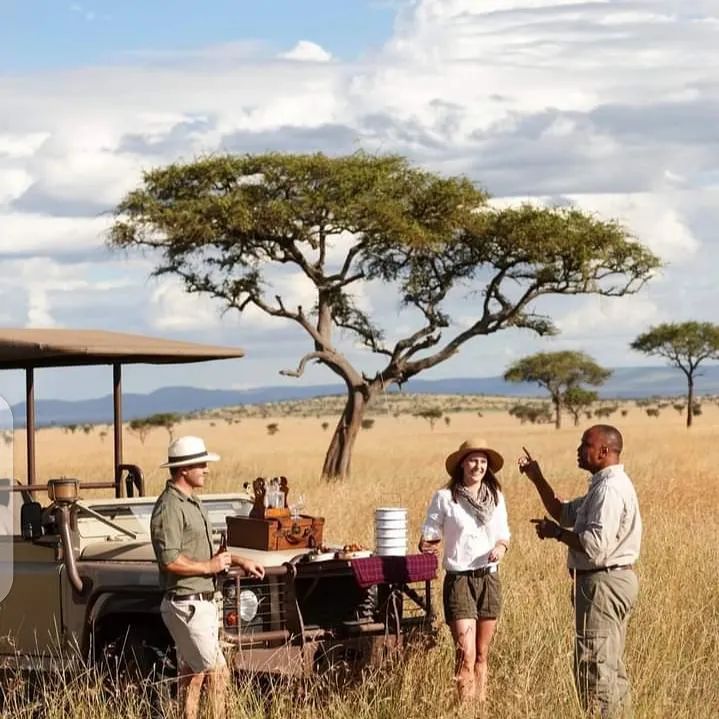 The eastern portion of Etosha National Park has a tree-savanna type of vegetation like tambouti (a deciduous tree that is locally used for furniture and cabinetwork), wild fig, and date palms. Moringa trees are typical of the more arid thorn-shrub savanna of the western part of the park.

Because of the wide variety of wildlife species, bird species, vegetation and scenic views. Photo shoot ideas are one of the best 10 reasons to visit Etosha national park. You may want to make maybe a video or take some photos with your loved ones, Etosha is the place for you. Take a beautiful image of the different places like the Etosha pans, the different water holes while the animals are drinking, the rare animals like the black faced impala. Give the people you narrate to your amazing experience images not words.

Game drives are always associated with game viewing on safaris where you can spot herds of elephants and other smaller and bigger animals trampling to each the waterholes in Etosha park, being home to many, you can see the hippos , giraffe with all the different vegetation types which can be done

When to visit Etosha park

Etosha is visited by tourists throughout the year but the best time to visit is between May and December  in the dry season because then is when the animals all gather to drink water at the different water holes.

HOW to get to Etosha park

Etosha park is located in the  northwest of Namibia. Namibia is located on Africa’s west coast. The closest major airport to Etosha national park is Hosea Kutako International airport(WDH) located near the capital Windhoek and tourists have the option to fly directly into Etosha or take the journey overland.

By car;  Traveling from Windhoek to Etosha by road will take about 6 hours. Tourists can expect to see amazing views of Namibia along the way. Because of its isolated location, Etosha National Park tourists less interested in the geography of the area may find this to be an overly-long route, but they’ll see incredible desert views along the way.

By plane from Windhoek;  Traveling from Windhoek to Etosha by plane is a shorter route because the journey from Windhoek to Ongava Lodge’s airstrip will take a period of an hour. Air Namibia also offers daily one-hour flights from Eros Airport, also located in Windhoek, to Ondangwa Airport, which is located just north of Etosha National Park. There is a road that goes between Eros airport and the park, so travelers driving won’t have to worry about getting lost along the way.

These are the ones made for the tourists that are willing to pay whatever it takes for them to live luxuriously in Etosha national park.

These are built for those guests that not willing to live luxuriously in Etosha but desire and pay for affordable accommodation in Etosha.