Rwenzori Mountains National Park is the second tallest mountain in Africa after mountain Kilimanjaro. Also known as the Mountains of the Moon. It is Africa’s world-class hiking, mountaineering and trekking tour destination with some of the world’s rarest vegetation and the third highest point in Africa. This snow capped mountain is located along the border of Uganda bordered by Democratic Republic of Congo.

The equatorial snow peaks include the third highest point in Africa, while the lower slopes are blanketed in moorland, bamboo and rich, moist montane forest. Huge tree-heathers and colourful mosses are draped across the mountainside with giant lobelias and “everlasting flowers”, creating an enchanting, fairytale scene.

The Rwenzoris are a world-class hiking and mountaineering destination. A nine- to twelve-day trek will get skilled climbers to the summit of Margherita – the highest peak – though shorter, non-technical treks are possible to scale the surrounding peaks.

The Rwenzori Mountains also known as the fabled Mountains of the Moon lie in western Uganda along the Uganda-Congo border. The equatorial snow peaks include the third highest point in Africa, while the lower slopes are blanketed in moorland, bamboo and rich, moist montane forest. Huge tree-heathers and colorful mosses are draped across the mountainside with giant lobelias and “everlasting flowers”, creating an enchanting, fairytale scene.

The unique landscape of the Rwenzori mountain range is outstanding, with still by far the biggest glaciers in Africa, incomparable beautiful, and of very different character to the high single standing volcanoes of Kilimanjaro or Mount Kenya. The Congolese side, which are a lot drier, gives an easy and beautiful approach off the beaten track to reach the summit range.

Find there large enough for all climbing gear and clothing. Best Trekking Months. There are two distinct trekking seasons which constitute the best time to climb Rwenzori.

Rwenzori Mountains National Park is a Ugandan national park and UNESCO World Heritage Site located in the Rwenzori Mountains.  The mountain is the third highest in Africa rising up more than 16,700 feet above sea level and its highest peaks rise above the clouds and are permanently snow capped. The park is known for its beautiful plant life.

There is always occurrence of snowing in the Rwenzori mountains from an elevation of 3,962m asl in the mornings where you wake up to grass filled with snow and frozen water in the bog and streams mostly in the Bujuku valley.

Rwenzori Mountains National Park was established in 1991. It was designated a UNESCO World Heritage Site in 1994 because of its outstanding natural beauty. The park was inscribed on UNESCO’s List of World Heritage in Danger between 1999 and 2004 because of insecurity and a lack of resources in the park.

The park is home to 70 species of mammal, including six Albertine Rift endemics; four are endemic to the park and three are rare species. Other mammals include the elephant, chimpanzee, Rwenzori otter and leopard. Though wildlife is difficult to spot in the dense forest, do look out for primates such as colobus (Angola and black-and-white varieties are both present) and blue monkeys; small antelope such as bushbucks; and unusual reptiles such as the three-horned chameleon.

Rwenzori Mountains National Park is known for its distinctive flora rather than its fauna. On the route to the peaks, hikers climb through a series of distinct altitudinal vegetation zones; montane forest, bamboo, tree heathers and afro-alpine. The latter, with its emblematic giant forms of Senecio (groundsel) and lobelia, is one of the world’s rarest botanical communities, being limited to East African mountains above 3800m.

The region is around the Equator and, consequently, doesn’t experience summer and winter weather extremes. It remains attractive throughout the year, despite the change in seasons. It barely causes any significant changes to the range’s fauna and flora.

The Rwenzori Mountain Range has two wet seasons and two short dry seasons. The long wet season starts in March and ends in June, while the short wet season occurs in November. During the wet season, the mist masks the Rwenzori Peaks. Although that helps form snow caps and glaciers at the higher summits, it can also make route-finding and hiking considerably tricky.

One of the dry seasons begins in July and ends in October, while the other falls between December and February. These are the best times to go to the Rwenzoris as they are the driest and warmest months. However, you can ideally expect some rains in such times, although they occur less frequently and often at night.

Bear in mind that the climate around the Rwenzoris is unpredictable. The periods discussed earlier may vary from a year to another. At times, the rains may come early or come late. They may be mild or torrential.

Rwenzori Mountains are located within four district Bundibugyo, Ntoroko, Kabarole and Kasese districts in Western Uganda bordering Virunga National Park in the Democratic Republic of Congo (DRC). The two major entry points to ascend to the Peaks (Nyakalengija central circuit and Kilembe Trail) are located near Kasese town while the third Nature walk trail head is at Kazingo near Fort Portal town in Kabarole District. The Nyakalengija trail head which is 22km off the Kasese-Fort Portal road and 25km north of Kasese town can be reached from Kampala via Fort Portal road (375km) or via Mbarara and Queen Elizabeth National park (450km).

This can be arranged on chartered flights from Kampala at either Kajjansi airfield or Entebbe International airport to Kasese airfield.

Rwenzori Mountains National Park has also got amazing accommodation options for you to stay.

The Rwenzori Mountains have five different zones of habitation, hence generating an amazing world of biodiversity.

At the base, this zone teems with animals like zebras and elephants. This zone reaches up to around 1,676 meters (5,500 feet). Above it is the Rainforest, reaching up to 2,286 meters (7,500 feet). Here, you’ll come across giant ferns, lianas, and wild banana trees.

This type of forest is among the unique habitats you’ll ever walk through. This zone reaches up to 2,895 meters (9,500 feet). Bamboo, a rare kind of grass, grows up to almost 3 feet in a day here. In just two months, it can easily reach over 100 feet!

It’s found above the Bamboo Forest, extending up to almost 3,650 meters (12,000 feet). It’s a land filled with dripping heather trees, covered with lichen and going as high as 40 feet. These trees loom over a comprehensive ground cover of liverwort and mosses. They’re considered a close relative of the low-shrub that grows along the Scottish moorlands.

It extends up to almost 4,419 meters (14,500 feet). In the lower sections of this zone, you’ll come across plants unique only to the African Alpine zones. Such include the giant lobelia and the tree groundsel. The Alpine zone’s upper sections mainly comprise rocky terrain that’s covered with brown mosses and black lichens.

Above 14,500 feet, you’ll find the highest peaks of the Rwenzori Mountains. These peaks are permanently snow-capped and wrapped in storm-swept glaciers. This zone extends up to almost 5,109 meters (16,762 feet).

Facts At A Glance

The high Rwenzori comprises six distinct mountains. Although located just miles north of the equator, the highest of these – Mounts Stanley (5,109m), Speke (4,890m) and Baker (4,843m) – all bear permanent snow and glaciers. The snow peaks can be reached by hiking the Central Circuit and Kilembe Trails.

The misty, boggy, glacier-carved valleys of the high Rwenzori form a strange botanical world inhabited by triffid-sized forms of lobelia, heather and groundsel, crisp “everlasting flowers,” garishly coloured mosses and gnarled trees draped with curtains of lichen. The result is an otherworldly setting which, over the years, has been compared to the forests of the Jabberwock, the Seven Dwarves and, inevitably, Tolkein’s Middle Earth. These strange plants rank among the world’s botanical treasures, being found only on the highest mountains of East Africa.

There are over 20 lakes in Rwenzori Mountains National Park. The lowest and most accessible is Lake Mahoma (2,651m) in the bird-rich forest of the Central Circuit. The beautiful Lake Bujuku lies at the head of the deep, glacier carved Bujuku valley in the shadow of Mounts Stanley, Baker and Speke. In the Nyamwamba Valley, ascended by the Kilembe Trail, dams created by glacial moraine have created a string of eight delightful lakes. Several rivers and streams orginate from the mountain, forming lifelines for the flore and flora in the flood plains and supporting local communities.

Ruboni, found at the southeastern foot of the Rwenzori Mountains, is the trailhead for the seven-day Central Circuit to the high peaks. It is also the starting point for hill walks, bird and nature treks and walks through the traditional homesteads of the local Bakonzo community. Accommodation catering for a range of budgets offers gorgeous mountain views up the Mubuku valley.

Bulemba houses the remains of Rwenzururu’s first King, Isaiah Mukirania Kibanzanga, who is believed to have saved the Bakonzo tribe from the Batooro oppression. Each year on 2nd September, every Mukonzo attends the pilgrimage to this sacred site to make sacrifices.

Ruboni, found at the southeastern foot of the Rwenzori Mountains, is the trailhead for the seven-day Central Circuit to the high peaks. It is also the starting point for hill walks, bird and nature treks and walks through the traditional homesteads of the local Bakonzo community. Accommodation catering for a range of budgets offers gorgeous mountain views up the Mubuku valley.

The park is home to 70 species of mammal, including six Albertine Rift endemics; four are endemic to the park and three are rare species. Other mammals include the elephant, chimpanzee, Rwenzori otter and leopard. Though wildlife is difficult to spot in the dense forest, do look out for primates such as colobus (Angola and black-and-white varieties are both present) and blue monkeys; small antelope such as bushbucks; and unusual reptiles such as the three-horned chameleon.

Some of the world’s best mountain hikers have climbed the Rwenzori Mountains. Mountain hiking in the park is organized to world class standards. Inexperienced hikers may find reaching the highest peak (Margherita) extremely strenuous. Shorter and less strenuous hikes can be arranged around the mountain without going all the way up to the snow capped peaks.

There are two hiking trails that are used by hikers to get to the summit. The first one is the Central Circuit Trail that starts form Mihunga taking 7 days. The Rwenzori Mountaineering Services is the only one that organizes hiking in this route. The second trail is the Kilembe trail that starts from Kilembe near Kasese town. This is a new route that was recently opened and is run by the Rwenzori trekking services. It takes 5 days to reach one of the peaks. In order to explore all the three highest peaks, one should set aside at least 9 days. Climbing to the highest summit Margherita offers opportunities to marvel at the snow-capped peaks and alpine vegetation. Descending the mountain rewards hikers with more sustained views of the vast farmlands, Queen Elizabeth national park and the Virunga ranges in DR Congo. Climbers will also encounter beautiful lakes and rivers high up on the mountains.

The most convenient way of arranging a hiking adventure to the park is to use the services of a tour operator. A tour operator can help organize transport and book accommodation while also working with the Rwenzori Mountaineering Services to arrange for porters, guides and cooks. The overall cost of hiking to the summit of the mountains includes the cost of 2 porters, guides, a cook, rescue mission, accommodation and heating.

What Is Required
For Summit Climbers
First Aid Kit 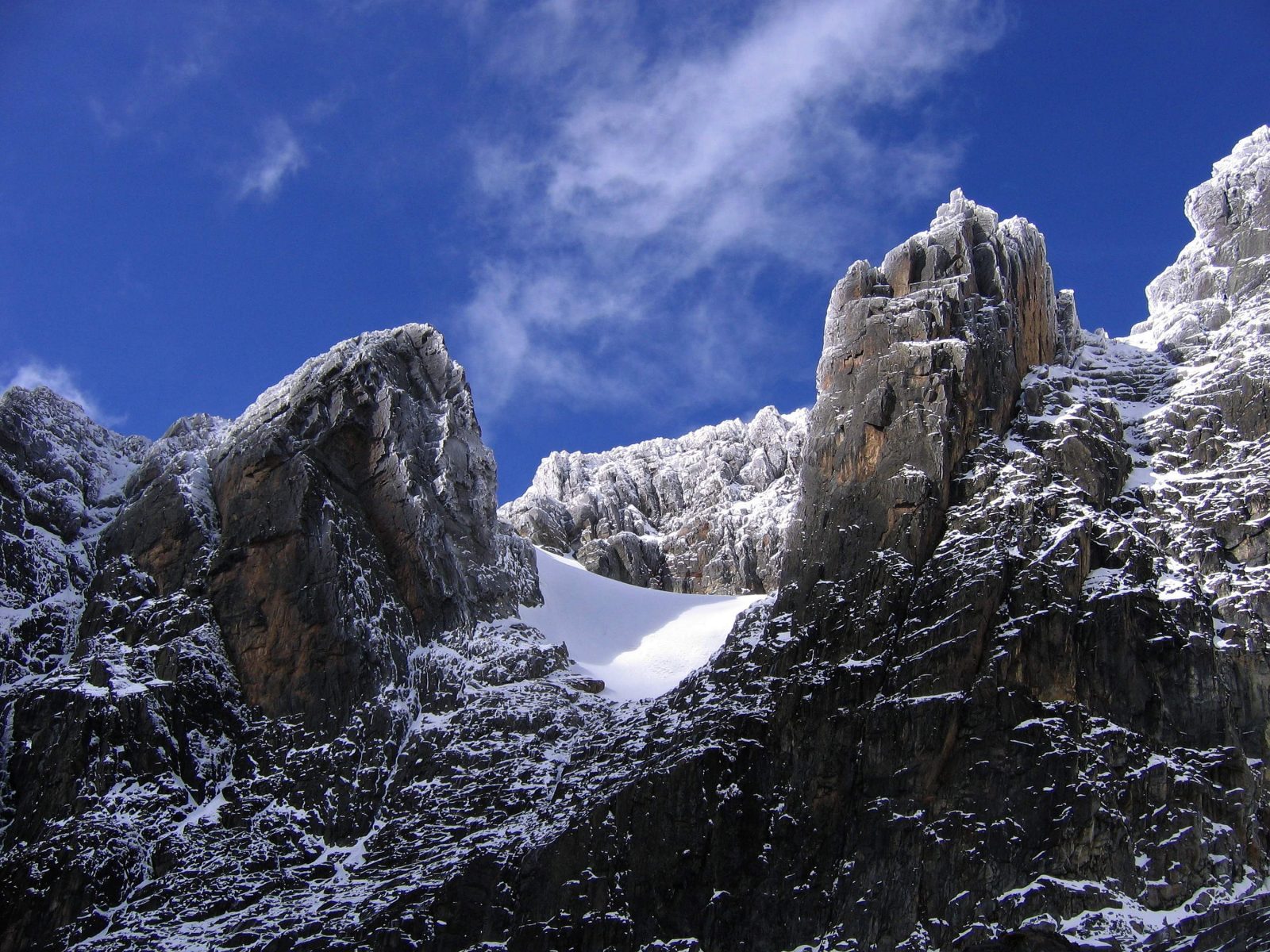 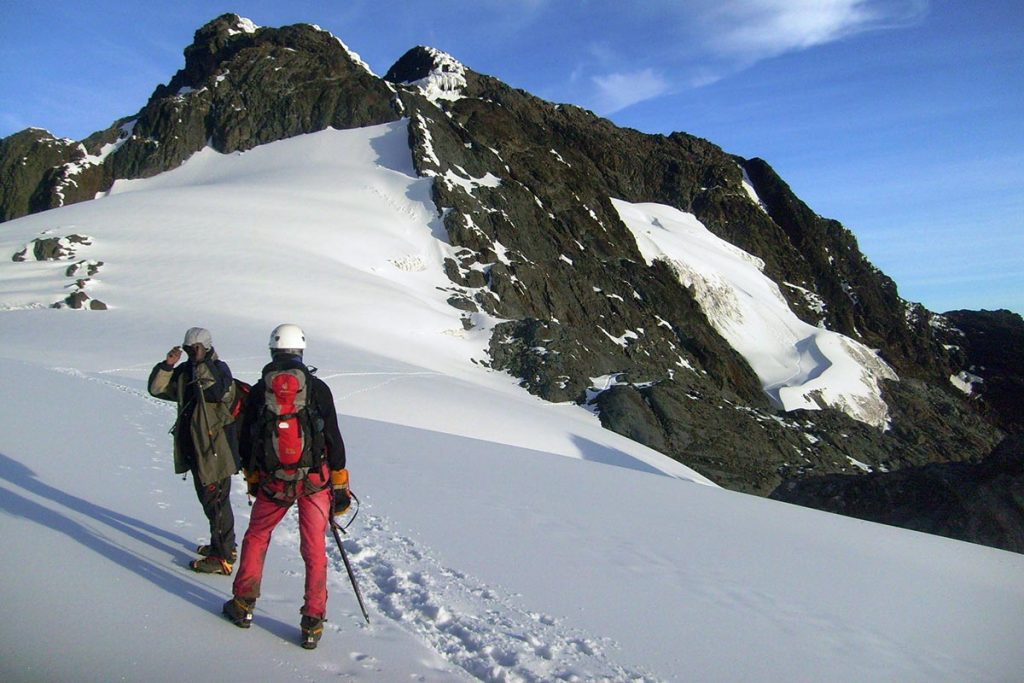 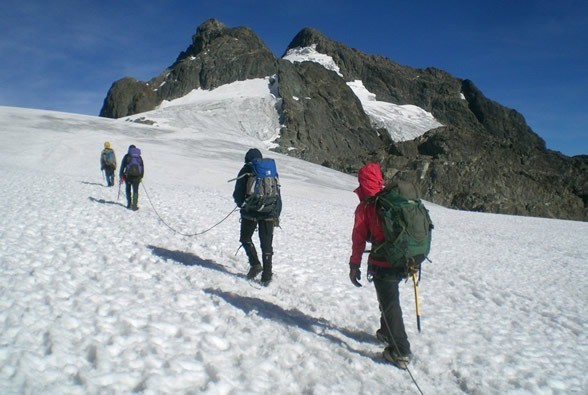