Burundi national parks and reserves include kibira, Rubuvu and Rusizi national parks and Mwisanga, Nyakazu, Muwonge, Vyanda, Kigwena and Lake Rwihinda natural reserves. Burundi is a landlocked country in the Great Rift Valley where the African Great Lakes region and East Africa converge, the country is known as ‘the heart of Africa’ because of its shape and location within the continent. 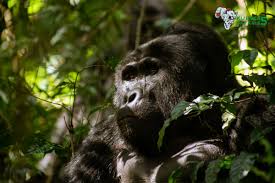 Kibira National Park is also known as Parc national de Kibira is located in northwestern Burundi, bodering with rwanda, covering 400 square kilometers, the park is rich in both animal and plant biodiversity with 644 plant species and about 98 species of mammal (primates, servals, African civets, etc.). Bird life with 43 families and more than 200 species identified.

The park consists of to two large tea plantations with one on Teza and the other in Rwegura, the park consists of primary montane rainforest, which is the only montane forest in all of Burundi receiving the highest rainfall. Among the birds in Kibira that travellers can spot while on a bird watching spree include the mountain buzzard, white spotted fluff tail, grey parrots, the great blue turaco and the black-and-white-squeaked hornbill. The various mammal species in the park that are specifically of interest to many tourists include chimpanzees, various monkey species like the black and white colobus monkeys, baboons,

How to get to Kibira National Park, Kibira national park can be accessed by road in a 4WD safari vehicle to easily access and use the rather rugged roads in the park, through the pilgrims’ village known as Busekera which is also a tourist attraction.

Ruvubu National Park which is considered the largest national park and located in the North Eastern part of Burundi boardering with Tanzania in the South. Ruvubu National Park got its name from Ruvubu River which runs through the park. The park covers 508 square kilometers and was established in 1980, its borders fall within the provinces of Karuzi, Muyinga, Cankuzo and Ruyigi. The official name of the protected area is Parc National de la Ruvubu.

Ruvubu National Park is home to a number of striking flora and fauna species making the park standout among all the other attractions in Burundi. The distinct habitats in the park offer refuge to different animal species, buffalo, hipoos, lions, species of birds, as well as various plant species, among the activities in the park include game drives, walking safaris, Birding, boat cruise on river Rubuvu, wildlife viewing among others.

When to visit Rubuvu National Park, Rubuvu National Park is a beautiful place that tourists should consider visiting for a great opportunity of getting up-close with nature and encounter a number of birds, wild animals and so much more. The park can be visited thrughout the year. Though the best time to visit the park is during the dry season that runs feom June to August, as well as December to February. The rest of the months receive relative rainfall from time to time.

Accomodation in Rubuvu National Park, There are comfortable enough accommodation facilities in and outside Ruvubu Park though not so many and is thus literally hard to find one. Travellers are advised on booking way in advance so as to secure their camping areas for there have been camping facilities put up in the park. More comfortable lodging options are rather far off, about 100kms away. 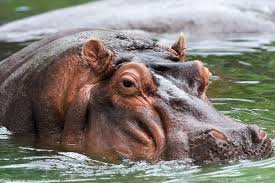 Rusizi River National Park is the most famous National parks in Burundi and reserves at the same time being the most visited of all due to the most enriched wildlife & the Crocodiles on Rusizi River National Park is great for bird watching, drives and Nature walks, its ranks as the best destination for Wildlife viewing in Burundi. Rusizi National Park is also referred to as Parc National de la Rusizi and divided into 2 sections which are separated by the Bujumbura-Uvira road, the larger part of the park is lies on the eastern bank of Rusizi River. This flood plain is 2km wide and 45km long with acacia trees, shrubs and grasslands dominating the wild vegetation.

Tourists will enjoy a lot in this park as they can explore various unique species of flora and fauna and the environment also supports the existence of these unique species. Wildlife species in Rusizi National Park include hippopotamus, antelopes and monkeys along with numerous species of colorful birds.The wide diversity of waterbirds in Rusizi includes a large population of Glossy Ibis (Plegadisfalcinellus), Lesser Flamingo (Phoeniconaias minor) and White-faced Whistling-Duck (Dendrocygnaviduata). Other key species to look out for include the White-winged Tern (Chlidoniasleucopterus) and African Skimmer (Rynchopsflavirostris).

Rusizi national park has various activities you can enjoy during your stay like game drives, nature walks, birding, boat cruise, wildlife viewing among others, the activities are arranged and a companied by a knowledgeable guide for your safety in the park.

How to access Rusizi National park, Rusizi National Park Burundi can be accessed through various routes and Roads, as it can be accessed by road and airline basing from Democratic republic of congo Bukavu, or Rwanda or via Airlines to Burundi International airport in Bujumbura the capital city. The Best way to get around is by 4×4 car rental in Africa and explore the diversity of the Park

When to visit, Rusizi National Park is geographically & Economically located in Central Africa, the best season to visit the park is during the dry season from June to September and the rainy season takes on for the rest of the year.

Mwishanga nature reserve shelters the beautiful Karera falls in Rutana Province in southern Burundi. These falls meander off the Karera River then flows into the forest reserve below. The natural reserve is dominated by the falls, the forest gallery, savannah and swamps to the banks of the Karera river. There are some caves near the falls that are deemed sacred and many people in Burundi come here for blessing and prayer.

Nyakazu Natural reserve is located near a former German military post. There is also a fault constructed in 1914 by the Germans during the World War I. The forested plateau of Nkoma on which it was built to have been, as it is said, cut by the boots of the runaway soldiers in front of the Belgian strengths thus the naming of “Fault of German”

Vyanda Natural Reserve is a forest reserve in Burundi that was established in 1980 on a site of 6 kilometers squared that can be accessed from the town of Rumonge. The main attraction here is the ability to see chimpanzees. The chimps here are not habituated to humans so do not expect close encounters that are possible in some places, the sounds of these chimpanzees are extraordinary, however, walks are beautiful in the untouched Vyanda natural reserve

Using private 4×4 vehicles visitors can drive from Bujumbura to Rumonge which is an 80 km road trip that can take up to 3-4 hours.

Kigwena nature reserve attracts a big number of water birds in Rumonge commune near Bururi town extending to the western piedmont of the Congo-Nile ranges and comes down the gentle slope on the plain down to Lake Tanganyika. Kigwena extends over 3,300 hectares between 773 and 820m above sea level along the Lake Tanganyika.

The reserve has many types of trees and plants growing in it, the trees are huge and their roots create a dense look in the forest of which most of the representative is Terminalia Superba, Elaeis guineensis, Albizia zygia among others, the reserve is considered to be an Important birding area with species like the grey cuckoo shrike, Arnot’s chat, and chirping cisticola, The forest is located in a denser part where baboons, monkeys and different species of butterflies are some of the species to be found here.

How to get to Kigwena Forest Reserve, by road Kigwena is 42 km south-western Burundi, using 4×4 safari vehicle, travelers can drive to the reserve which is approximately 1-2 hour drive. 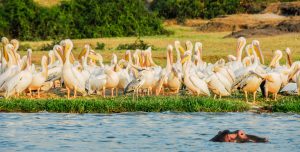 Rwihinda Lake Natural Reserve is a protected area known as the Lac aux Oiseaux which means ‘Bird Lake’ is located in the north parts of Burundi bordering with Rwanda in a town called Kirundi, the reserve is sanctuary for migratory aquatic birds which come to the site in thousands to reproduce the area is known for the fishing villages and agriculture, the reserve is nearly 30% under forest for medical plants and herbs through nature conservation and research  and the rest of it under thick shrubs and wetland.

Lake Rwihinda natural reserve is a home to various bird species which include, Northern Brown-throated Weaver Sharpe’s Pied-babbler, Papyrus Gonolek, White-winged Scrub-warbler, White-collared Oliveback, Red-chested Sunbird, Papyrus Yellow Warbler, Carruthers’s Cisticola, Red-faced Barbet and Ring-necked Francolin among many others live there a peaceful live and visitors can approach them without risk of frightening them.

When to visit the reserve, its best to visit during the dry season from december to febrary and june to october for best views and good photographs and filmig.

How to aces the reserve, to access Lake Rwihinda Natural Reserve easily, pass through Kigali International airport which takes only one hour drive while crossing the border.