Did you know that Mountain Zebra National Park is located in eastern cape province of South Africa and it was established in 1937 in order to protect the endangered species of zebra by providing man made natural habitat and covering an area of 28km sq.

Notice that mountain zebra is well equipped with variety of wildlife including the big five like lion, elephant, buffalo among others. The activity is done during the morning and also at night and the park guides are experienced.

During the game safari they talk about the different behaviors of the animals and the origin of the region one will experience the early Karoo mornings with potential of seeing Black Rhino, Cheetah, Buffalo and other antelopes 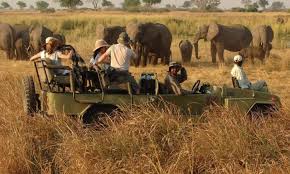 One will experience the best of both the late afternoon and the early evening. Animals to be on the lookout for are Black Rhino, Cheetah, Buffalo, Bat-eared Fox, Aardwolf, Aardvark and Caracal. Night birds like the Spotted Eagle Owl and Fiery-necked Nightjar are also to be seen.

The park has variety of wild animals like kudu, black wildebeest, springbok and your also able to sport buffaloes in areas with thickets, and on wooded valleys with in the park, baboons and vervet monkeys make up the primates

The park has over 1000 cape mountain zebra mammalian fauna visitors will find plenty of zebras as well as ostriches, red hartebeest and springbok.

Honestly the park has Chacma baboons and vervet monkeys are common primates in the park, Black rhino, lion and cheetah and there are four adult Lions as well as leopards among others which are interesting

The park has a variety of bird species like martial eagles, blue crane, ground woodpecker, cape and sentinel rock-thrush they are visible on the top of the mountain and around the plateaus with their melodies. they can easily be seen during the dry season along the water sources and also during the migratory period. 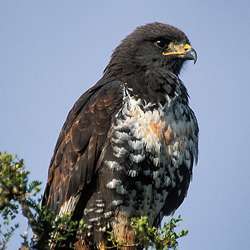 The birders carry with them binoculars to view small species and at southern mountains you will be able to spot the raptors, booted eagles, the northern plain  is known for blue karhaan and the bustards of over 277 bird species recorded in Mountain Zebra National Park, 20 are endemic to southern Africa and don’t occur outside the region.

The park also offers a view to the Verreaux eagle and jackal buzzard are often  seen soaring over the mountains, while the martial eagle seen on perched tall tree and grassland species include blue crane and Ludwig’s bustard.

Two walking trails provide a quiet opportunity to enjoy the national park for leisure.  The Black Eagle Trail, which is the longer of the two at about 2.5km, takes you right up to the rest camp fence and to the summit of the hill above the rest camp.
This trail with in the park provides an opportunity to enjoy the amazing sunsets from the top of the mountain, as the setting sun highlights the Bamberg Mountains.  The views down the valley are very interesting with many lizard species frequent the rocky areas and also foraging on shrubs.
you are able to look at troop of baboons that sleep amongst the rocks and which are usually heard throughout the night with their barks and general chattering.
The shorter Imbila trail is just 1km in length and provides a good opportunity to stretch your legs on fairly flat terrain. Watch out for the low hanging tree branches in the cool dip through the thicket. Some of the grass and tree species are marked for your identification.

Walking with in the park helps the visitors to experience the Karoo Bush and the African wilderness. These walks may include the existing 9km route and other areas of interest, depending on the abilities and interests of the visitors.

Did you know that hiking takes place park escorted by the guides up to the top of Salpeterkop and 360 degree view of the surrounding landscapes from the top and the chance to see a bit of history is well worth the effort.
The famous chessboard is a unique piece of history and it gives an opportunity to stand where British soldiers once stood and see what they would have seen during the Anglo-Boer War. thus sight seeing mostly in the morning hours you can be able to see the nocturnal animals
During hiking the visitors are expected to come with good walking shoes preferably ( boots), a walking stick, hat, sunscreen, water and snacks are needed.

The park is primarily focused on mountain zebra and is not mainly about seeing the Big 5 animals but also other attractions the best time to visit the national park is during dry seasons when there is limited rainfall, the animals gather around the water sources to drink water thus creating an opportunity for game viewing the warmer summer months from October to March are more comfortable for tourists.

The winter months are very cold and the road are rugged this limits movements with in the park and it is very scenic, and the landscape thus  more beautiful during the summer months.

To get to the park, visitors can fly to one of two airports: Cape Town International (CPT) or O.R. Tambo International Airport (JNB) in Johannesburg. you can decide to drive yourself and Some people will drive from Cape Town via the Winelands and Garden Route and take a relaxing week or two before arriving at the park

From Cape Town, the drive will take about 8 hours over a 800km route to arrive at Mountain Zebra National Park whilst from Johannesburg, the drive time south and distance are approximately the same.

Tourists at Mountain Zebra National Park can choose from a number of different options when deciding where to sleep with accommodation ranging from luxury safari lodges to lower budget camping.

Mountain Zebra National Park’s Rest Camp is located about 12km from the entrance gate and offers comfortable family cottages, a campsite with communal facilities, a restaurant and a shop. The Guesthouse and two Mountain Cottages are located further into the Park.

All accommodation is serviced daily and provided with bedding, towels and soap, self-catering and a braai unit is provided at all units and campsites.

The Rest Camp at the Mountain Zebra Park is situated on the slopes of a rocky mountainous outcrop and it’s well worth taking a stroll up past the shop, office and restaurant building on the paved drive to the new mountain chalets. thus having an excellent view over the whole camp

Did you know that park is well situated with various attractions and different activities like sight seeing, nature viewing, safari walks thus gaining the experience among other