Golden gate highlands is a national park situated in the north eastern part of free state in South Africa near Lesotho boarder, It occupies about 340 square kilometers. It derives its name from the shinning shades of gold cast by the sun on the sandstone cliffs more especially the Brandwag rock.

The park was established in 1963 so as to protect the Sandstone rocks which were once shelters for the native people (Bushmen), the guests who visit Golden gate national park get the chance to view the preserved paintings which the Bushmen painted on these rocks .

The Golden gate highlands national park is most famous for the beauty of its landscape which gives unique spectacular scenery in South Africa which comprises of Its colorful sandstones which shine golden yellow in the evening, ochre, orange-hued, outcrops, Brandwag rock and the deeply eroded sand stones  and it is also gifted with a variety of wild life and bird species

There are various nature trails in the park which are always between 1 to 5 hours were visitors explore the caves and even game viewing can be enjoyed by the visitors from the comfort of there vehicles.

The national park also offers outdoor sports such as swimming in the clear mountain pool with a natural waterslide at Glen Reenen, horse riding during peak periods, tennis, hiking, fly fishing, skiing, motorbike trails, zip lining, paintball, bowls and also there is a living museum which is situated in the park known as the Basotho cultural village which offers visitors with knowledge about their culture and the traditional cuisine.

Golden gate highlands national park is gifted with geological significance and incredible visual beauty which is a blessing to ones eye such as the impressive Brandwag buttress rock formation which is the most famous attraction at the park known for its captivating scenery and invigorating climate, beautiful wooded ravines, gorges, grasslands and shrubs.

Golden gate highlands is one of the place in the all world where dinosaur remains because around 200 million years ago the renowned dinosaurs roomed in the eastern free state and their remains such as eggs, bones, ferns and foot prints can be found, the first ever fossilized dinosaur eggs at golden gate were found in 1973 at Rooi Draai which is among the  best 5 reasons to visit Golden gate highlands national park

It also has a variety of plants which make up the highlands vegetation and they include trees/Bome, Shrubs, grasses, ferns, and herbs. trees at the highlands include Common spike thorn, bladdernut, false olive, Sage wood, Blue Guarri and the shrubs include wormwood, Mountain laburnum, Bush tick berry, cape black wood, lemon thorn etc, and the herbs at the park include wild verbena, Californian poppy among others

It is currently one the only grassland national park in south Africa as it contains over 60 species of grasses.

The national park is a habitant to a variety of non threatening wild animals which include Burchell’s Zebra, Eland, Black wildebeest, the threatened Oribi, springbok, Blesbok, Vulnerable wild cat, black wildebeest, common duiker, eland, red hartebeest, Mongoose, black-backed jackal,  the grey rhebok antelope which is found on the park’s mountain  and the common steenbok which is the smallest antelope in the park, game viewing can be done at the comfort of ones vehicle and the best time to view wild animals is the wetter season which normally start in October to may which are considered to be greener than other months. 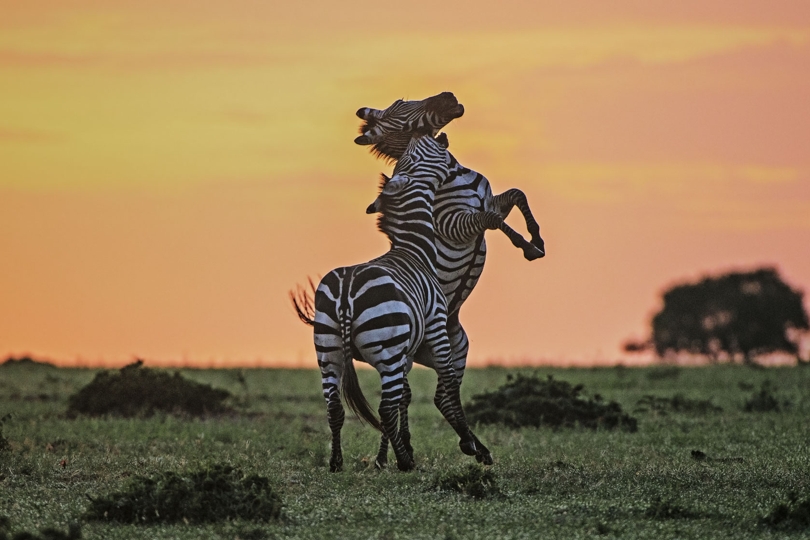 Golden gate highlands have over 140 bird species residing there and it is even more appropriate for bird watchers to visit the national park during the wetter seasons because it is when even migrant birds are present at the park, bird viewing at the national park is most suitable at Vulture restaurant which enables the bird lovers to view birds closely and even take pictures.

The most sighted birds at the park are the rare breaded vultures and bald ibis vultures who circle the skies and breed in the overhanging cliffs and other birds present at the national park include cape rock thrush, orange breasted rock jumper, sentinel, ground wood pecker, lammergeier, falcon, African rock pipit and alpine swift and so many others and for birders this is one of the best 5 reasons to  visit Golden gate highlands

Golden gate highlands national park Is a park one can enjoy all year round as summer shows the park’s brilliant colorfulness with grasslands turning from green to honey brown, shimmering golden color reflected from the protected sand stones, strong flowing waterfalls , misty mornings, and afternoon rainstorms

There are no scheduled flights to Golden Gate Highlands National Park therefore most international visitors fly into Tambo International Airport (JNB) in Johannesburg which is where their tour start from, either on an organized safari or self-drive package.

Golden Gate Highlands National Park is situated 320km from Johannesburg. It is a self-drive destination rarely visited by itself, but more likely as part of a tour through the country.

Golden gate highlands national park has a number of accommodation facilities in form of camps, guest houses, and hotels and these are.

It offers luxurious services with luxurious rooms boosting the views of the spectacular scenery, it has spacious rooms which have their own braai areas and kitchens for self catering and facilities such as cocktail and coffee bar lounge with a view of the Brandwag rock and restaurant with views of the Maluti mountains

If one is looking for an experience which is closer to the nature of golden gate then Glen Reenen rest camp is the best option offering self catering accommodation , longdavels and guest cottages

There are also accommodation facilities which are near golden gate highlands national park which include protea hotel clarens which is a 4 star hotel with Deluxe, superior and executive king bedded rooms.

Golden gate highlands national park is not best for wildlife with its main focus more on its scenery a trip to this national park is worth it and Kubwa 5 safaris is one of the best companies which can give you unforgettable experience because we offer authentic services to our clients so plan your trip with Kubwa 5 safaris and we promise never to give you a chance to regret.