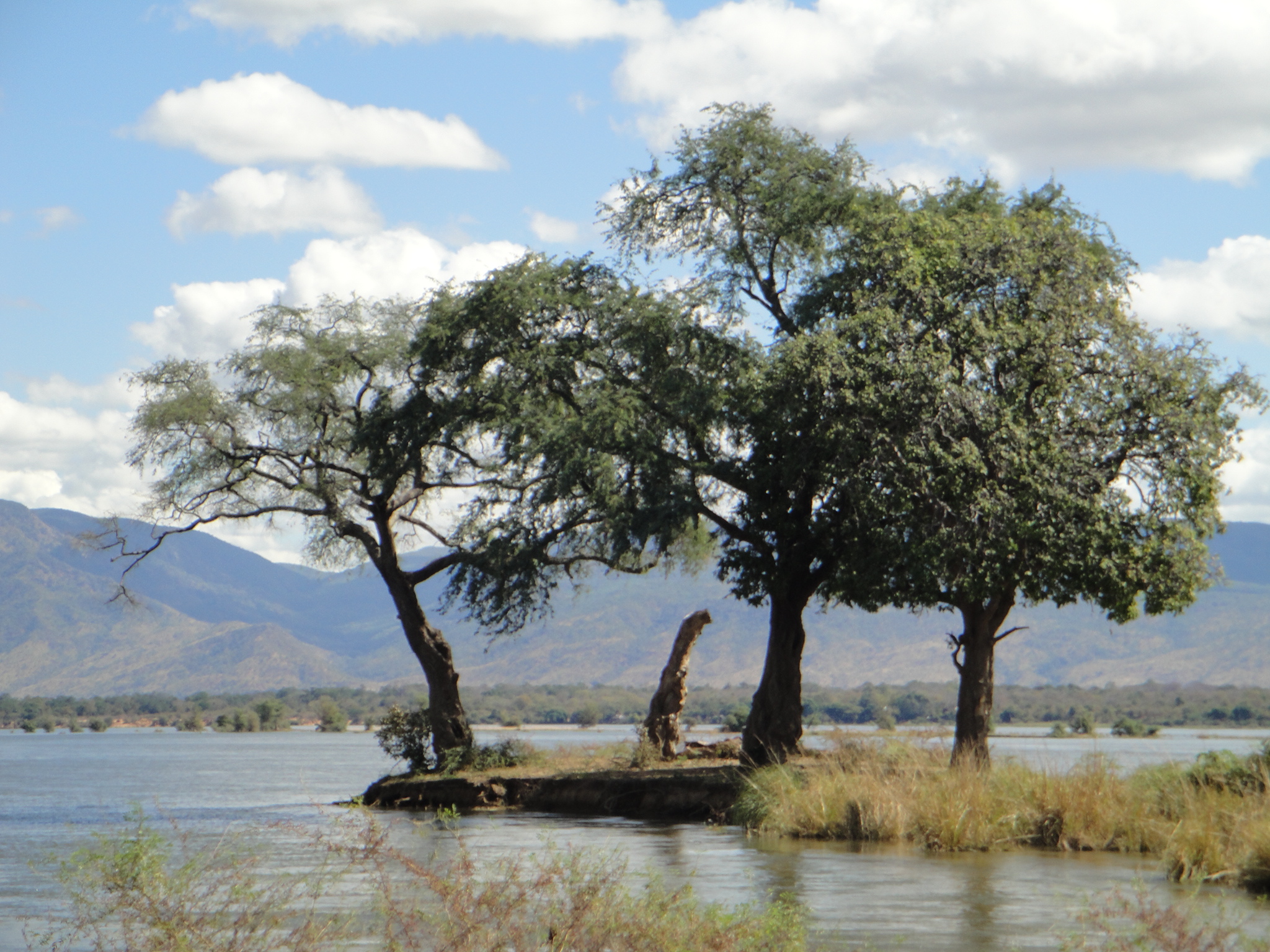 Mana Pools National Park is a hidden gem located in northern Zimbabwe, bordering Zambia. Because the park is so remote, it has remained untouched and wild. 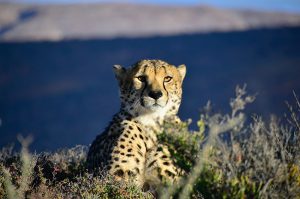 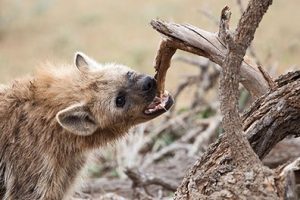 Mana Pools’ beauty is that it is a walking concession with massive flood plains and, with the prominent Zambezi River flowing, a number of spectacular sights and interactions with its inhabitants.

Mana Pools National Park is a must-see for any wildlife enthusiast. It gives a safari a whole new dimension and feel. 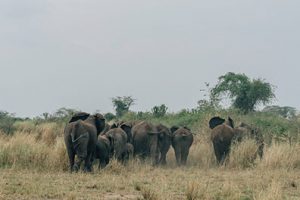 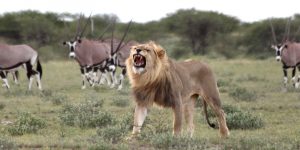 Mana Pools National Park is located north of Zimbabwe and is one of the least developed parks in the country with a very rural environment. The park is found in the province of Mashonaland west in Zimbabwe. Mana Pools national park was named after the four meandering pools. Its called “Mana” because of the “Four” permanent pools. The Khoisan were the original people who lived in this place with evidence of their paintings still present in the protected areas they lived.

The carnivorous animals such as the lions, leopards, cheetahs, among others in the park, target their prey from the Chitake spring. And spectacular hunting skills can be seen by visitors who visit the park. The dry season is the best time to visit chitake springs because most water sources dry up and the spring stands as now the source of water for the wildlife.

Game drives is best done early in the morning hours around 5am. Here the visitors have to leave their accommodations as early as possible and drop to the road to have a view of these animals in the park while in a vehicle. Several spots are established for visitors to come down and have some tea or rest a bit as they proceed to the next spot. Game rangers at the spots be in guard to protect visitors.

Mana pools are four great pools and hence the name “Mana” meaning “Four”. The Zambezi River plays a great role in the supply of water to the great pools. Forming a beautiful and breathless experience to the visitors of Mana pools national park as they are in a canoe.

Canoeing in a boat in Mana pools is a remarkable experience one can find at the national park. A boat moves visitors around the pools taking clear view of the birds around the water bodies, the nature there, the wildlife along the shores, the aquatic life such as, the crocodiles, hippopotamus,  the Fish among others. This activity is one of the most popular at the national park and its the most relaxing to the visitors at the park.

Tourists do lion tracking in Mana pools are protected by the game rangers who carry guns to shot and scare the lions in case they caused threat. Visitors tracking lions also are advised to move as a group and close to each other because its hard for a game ranger to protect tourists who are far apart.

A lion is one of the Big 5 animals and its considered the king of the jungle. Its pride is that, it hunts others and none hunts the lion back. Lions and leopards are the most carnivorous animals in Mana pools national park. They concentrate in the southern part of the park.

These lions concentrate during the dry season around the chitake spring and for visitors tracking down lions to watch how they hunt and live, that’s the right timing. Lions target other animals such as antelopes, zebras, impalas among others as they move to chitake springs to drink and they hunt them down as their prey.

Game walks in mana pools national park involves moving on foot as tourists view the beautiful sceneries in the park. This is another popular activity in Mana pools. With safari walks visitors closely view the wildlife and the nature deep in the park. A tour guide and game rangers accompany the tourists deep in the park as they spot different animals and explain them to the tourists.

Here the tourist and the guide move in any direction of the park. What they spot, is what they study about. But the guides know what time do they need to take a specific direction basing on the interest of the tourist. This activity gives the tourist a more wildlife experience because they travel within the wildlife its self. Usually, several spots are placed in the park for visitors to have a cup of tea and some jazz as they rest for the moment.

Boat cruising is another amazement in Mana pools national park. Tourists here glib on river Zambezi as they move towards the mana pools. Boat cruising helps visitors to view the birds and the aquatic wildlife in the close range. The tourists sail in a boat on Zambezi river flowing on a silent waters of the calm river. This is the most relaxing activity in Mana pools national park as it gives the Tourists a cool environment with the beautiful birds singing and flying around and other wildlife animals such as the crocodiles, hippopotamus, among others around and in the river.

Some of the birds that are in mana pools may include; Southern carmine bee-eaters is one of the common birds found around the river banks during the dry seasons and the majority of other birds can be found in the months of November to April. Some of the other birds include; Sombre greenbul, Western nicator, Bohm’s spine tails, Rock pratincole, Little bittern, and much more.

Tourists planning to go for elephant tracking, are to wake up early in the morning and enter the bush with accompany of a tour guide and the game ranger. Tracking down the foot steps of the elephants and searching for them in the bush. This experience is one of the most popular and best practiced in Mana pools National park.

Standing on a the two hind legs aside, an elephant is a unique animal with amusing features. A big body and a small tail also is an amazing thing to watch on an elephant. The trumpet is also another beautiful feature to look at on an elephant. It helps it communicate, breath, eat, defend its self among other uses of the trumpets.

Mana pools is also blessed with some primates that are also of much interest to the tourists. Some of the primates one can find in Mana pools national park include; Monkeys are the main primates one can find in the park and also some baboons. These animals like playing with visitors as the tourists feed them with some fruits especially the sweet bananas. Visitors have fun when the animals drop down the trees and play around with them and also love watching the animals flying all over the trees making the visitors experience perfect.

Fishing in Mana Pools National is another best activity. Fishing can be done on the river Zambezi, and the four pools of Mana. Visitors interested in fishing in the park, have several ways in which they can catch the fish. Some of the options a visitor can select is the Hooking method, Dip netting method, the basket method, fish net, among other methods.

Mana pools national park is all year through out open and welcomes visitors at any time of the year.

When is the best time to see wildlife in Mana Pool National Park?

August, September, October, and early November are the greatest times to observe animals in this park. Due to the great scarcity of water in the interior, the animals have naturally flocked to the river and natural pools of Mana.

During the rainy season, which lasts from late November to April, an entirely different park appears. Arid savannahs become verdant plains with abundant grazing. Some permanent species remain, despite the fact that many animals disperse inland and make game viewing difficult.

This is the verdant season, and it is during this time that the park and its inhabitants are revitalized by the availability of food. There are newborn animals everywhere, and the bird population is enormous. Frequently, road access is restricted.

Mana Pools national park is well known as one of the remote areas in Zimbabwe. Visitors have to drive from Harare the capital city on a tarred road up to the basement Zambezi escarpment and turn off the tarred road onto a 43.5 mile dirt road and travel towards Nyamepi Camp and there will be the visitor in Mana Pools National Park.

Manapools is a secluded park. The park is located in the extreme north of Zimbabwe on the Zambezi River, far from any major town or human settlement.

Nyamatusi mahogany is one of the luxurious accommodations in the park and tourists here actually pay extra charges for some other services rendered to them. Such as swimming pool, well astonished bar and restaurant, Wi-Fi, laundry services, sitting lounge among others.

Different preferences of the visitors, call for different range of budgets. Depending on the visitors preference and income, bookings are done for the mid-range, High class, among others. High class are the luxurious accommodation type with exceptional customer services as mentioned earlier.

Mana pools is one of the best African national parks with diversity of wildlife, water bodies,  birds, worthy visiting again again because of the exceptional experience it gives to the visitors. Kubwa five safaris, a tour company in Africa is a trustworthy company where a tourist is assured of best experience achievement while on a trip with them. You can book with Κubwa five safaris in their offices or online. Contact Kubwa Five Safaris for more details.