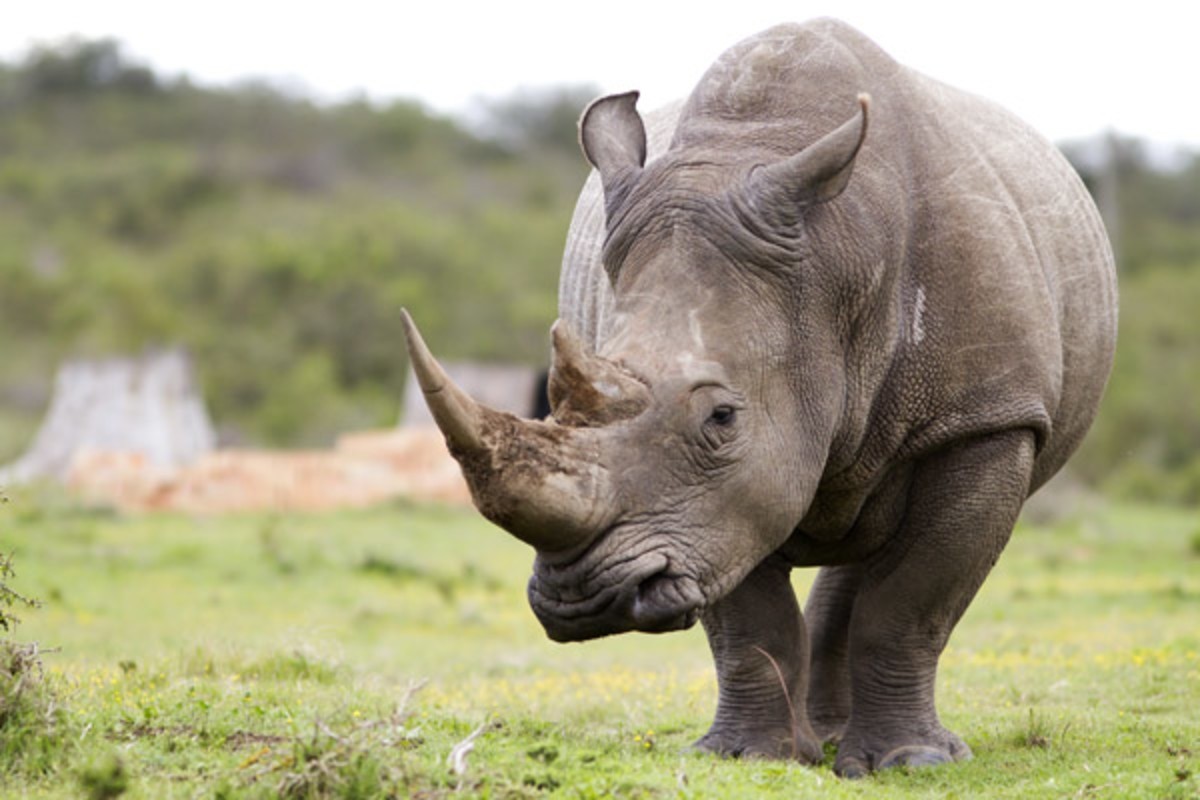 Below are the 6 top reasons why you should visit Aberdare National Park in Kenya. it is a national park with majestic peaks, moorlands, and beautiful falls.

1. Game Drives Through Abundant Wildlife and Some Rare Game

Naturally, wildlife viewing is the primary reason to plan a safari adventure. After all, it is an experience like no other to see different kinds of animals freely roaming in their own habitat. That’s why you’ll be pleased to know that Aberdare National Park is home to robust populations of wildlife. Here you can spot the Big Five, while sightings of elephants and buffalo are almost guaranteed. If you time your travel to coincide with the dry season, you’ll be able to see the bountiful abundance of wildlife congregating at the waterholes, and sometimes even the rare black leopard and black rhinos.

You can also spot forest species, including several primates such as the black-and-white colobus monkey, sykes monkey, and the nocturnal greater galago.

The forests and moorlands of Aberdare National Park are home to over 290 species of birds. Some less than common birds at the park include; Hartlaub’s turaco, rare scarlet-tufted malachite sunbird, and the Aberdare cisticola, which is endemic to the region. Many of these bird species can be found at higher altitudes, like mountain peaks so be sure to bring along some powerful binoculars for a satisfying bird watching experience.

Along with the exciting prospect of enjoying close encounters with wildlife, taking in Aberdare’s mesmerizing scenery is an experience in itself. Picture endless miles of forests, woodlands, swamps, and anthill-dotted plains, any of which can serve as a suitable panoramic backdrop for your camera. Walking or driving through the undulating savannah plains makes you feel like you are in a picture-perfect African landscape so you’ll definitely have loads of scenic natural wonders to capture.

Aberdare is considered to be more of a year-round safari destination than some of the other parks in Kenya. This is because of its mountainous area which can experience mist and rain all year long. While it is possible to safari here throughout the year, the drier months of January and February and from June to September are usually the best times to visit, especially when it comes to game viewing. The park is easy to get to and well located, making it a good addition to your Kenyan safari itinerary.

Since Aberdare does not see as many visitors compared to more popular parks like the Maasai Mara and Amboseli, your visit here means you get to enjoy more space and privacy. This feeling of being alone in the wild and enjoying all that space is priceless. It makes your one-on-one encounter with nature even more intimate and makes for a more fulfilling safari experience. You could be having lunch while spotting elephants and giant forest hogs in the distance drenching themselves in the water while several buffalos take shade from the harsh sun. This view is only complemented by the sounds of distant roars of lions and laughing hyenas, as well as high-pitched bird calls.

Water Buffalo and Birds in The Ark Lodge, Aberdare National Park
Part of the reason why this area was neglected in the past has been the quality of accommodation. This is changing drastically with the introduction of the colonial Aberdare Country Club, This establishment with its own wildlife park and a golf course is paired with the famous Ark lodge, which is so named due to its form of a giant (Noah’s) Ark. It was recently and tastefully refurbished and now offers comfortable rooms with large viewing galleries perched above a vast water hole that comes alive at dusk and nighttime when herds of elephants, buffalos, bushbucks, and other wildlife gathers.

Another exciting establishment is the Treetops Lodge within the park, which offers great views of the forest below and the many animals that casually stroll by every now and then.

There you have it! Aberdare National Park is a worthy inclusion in your safari adventure itinerary so make sure to talk to your tour operator about adding it to your list today.

10 Things to Do in the Aberdares Kenya, Aberdares National Park

The Sweetwaters Reserve is located at the foothills of the amazing snow-capped Mount Kenya and the Aberdares Ranges. It features a superb variety of wildlife including the Big 5 (Lion, Buffalo, Leopard, Elephant, and the endangered Black Rhino) and the non-indigenous chimpanzees.

Aberdare National Park – Leopard
Sweetwaters Has All The Big Five.

The stunning views and combination of amazing animals across the open lands of Ol Pejeta guarantees you a memorable safari experience. One of the major attractions of the sweetwaters is the Chimpanzee Sanctuary. Another attraction is a famous tamed Rhino known as Morani.

Kereita Forest is located to the south of the Aberdares Ranges and features many natural features and hiking trails. Carbacid trail, one of the major trails, leads to Keraita Waterfall on Gatamaiyu River and the neighboring cave that is a shelter to a small bat colony.

The trail passes by the Elephant Pool, a huge natural reservoir that Elephants love to drink and relax in. Also, you can enjoy the bamboo walk and view a few Skyes and Black and White Columbus Monkeys. To make your adventure exciting, I would recommend you consider visiting the site during the dry season.

Lake Ol Bolossat is the only lake in Nyeri County and is highly recognized as a habitat for birds, with over 180 bird species. It’s also home to over 15 animal species including the Hippos. The lake is a dream destination for people who love birds.

In addition to the lake, you can also visit the Dedan Kimathi Shrine in Tetu, the Scout’s Information Center, and the Lord Baden Powell Garden in the same venue.

Lord Baden Powell was a writer, lieutenant-general of the British Army, founder of the Scout Movement, and Chief Scout. He was rested at St. Paul’s Cemetery in Nyeri and his grave is among Kenya’s National Shrines.

His tombstone bears a small circle with a dot in the middle “ʘ”, which is a sign for “I have gone home” or “going home”. When his partner Olave died, her body was burnt and the ashes sent to Nyeri where they were interred beside her partner.

Due to the tarmac road that leads to Lord Baden Powell grave, I would recommend you to visit this site any time of the year.

Solio Game Reserve is a privately owned ranch located in Nyeri County, Naru Moru. It is a fenced, protected area that aims to protect the endangered Rhinos (all is not lost as you will find here). It is a 17,500-acre reserve, lying 22km north of Nyeri Town, and plays a major role in the breeding of Black Rhinos.

Other animals living with the Black Rhinos include Zebras, Giraffe, Buffalos, and plains games such as Oryx, Waterbucks, Eland, Warthog, Impala, and Thompson’s Gazelle.

Thomson’s Falls is a 243 feet (74m) scenic waterfall on the amazing Ewaso Ng’iro River, which flows from the Aberdare Mountain Kenya. It is located 2 miles from Nyahururu town in Nyandarua County, at 7,750 feet (2,360m) elevation. In 1883, Joseph Thomson, the first European to visit the Falls, named them after his father.

Joseph was a Scottish naturalist and geologist who was also the 1st European to walk to Lake Victoria from Mombasa in the 1880s.

The Falls’ mist feeds the beautiful forest below. Here, you can view the Falls from the top or use a trail to move down the ravine. Upstream from the Thomson’s Falls is among the biggest hippo pools in East Africa.

The site is breathtaking and is a good place for people who want to unwind after a tiring week.

The Falls featured in the television movie The Man in the Brown Suit in 1988. The best time to visit Thomson Falls is during the long rainy season when the Ewaso Ng’iro River is full. During this time, you will experience an astonishing waterfall from the top to the bottom.

Established in association with Jane Goodall Institute for Conservation Projects for Chimpanzees throughout the World and KWS, Sweetwater’s sanctuary is a non-profit organization and the only project of its type in Kenya.

A charming and gentle diversion for adults and kids alike, it introduces you to 2 communities of Chimpanzees, one of which can be seen on the Ewaso Ng’iro River and the other from a timbered hide.

The sanctuary has a total of 43 chimpanzees; most of them were rescued from captivity in war-torn countries such as Burundi and now have adjusted to a new world of harmony and peace within their natural environment.

The chimps’ sanctuary provides an amazing interactive info center where you can learn about the chimpanzees by means of movies and hands-on activities.

You can also take a boat ride via the sanctuary, which is one square km in size, and view some of the orphaned chimps that control the forest.

Together with the Sweetwater’s Game Reserve, I would recommend you visit the sanctuary between July to October to avoid getting stuck in the sticky black cotton soil.

Kikuyu Village is situated on the foot of the Outspan Hotel. This great village features a traditional Kikuyu dancer dressed in traditional costumes.

Experience the tradition of the Agikuyu at this village which is designed specifically for the visitor to enable them to experience the culture of the indigenous communities.

In addition to being a reception for climbers and trekkers headed to Mt. Kenya, Bantu Lodge features a wide collection of entertaining, educating, and exciting activities including fishing, boating, horse riding, and much more.

The lodge also offers a variety of entertainment for their guests ranging from animal dance drama, disco music, pool table, and traditional dances.

Being about halfway along with the northern wildlife attraction of Meru National Parks, Buffalo Springs, and Samburu National Park, Bantu Lodge is an ideal stopover for visitors traveling from Nairobi to other parks.

They are just under 2 hours drive from the lodge. Solio Ranch and Bantu Lodge have semi-arid climate conditions which make them ideal to visit all year round.

Rising as high as 5,199m, Mt. Kenya is the tallest mountain in Kenya and second in Africa. The view surrounding this recognized World Heritage Site is superb, to say the least.

It is a perfect wilderness with glaciers, dense forest, lakes, mineral springs, tarns, and a selection of endangered and rare species of wildlife as well as high altitude and unique collection of game and alpine and montane vegetation.

You can enjoy mountain camping, caving, and climbing with the mountain’s rocky glacier-clad peaks offering the ideal backdrop.