Rwanda has one of the lowest levels of corruption in Africa. Women are highly empowered and occupy most of the sits in parliament. More recently the country has prioritized the restoration of the country’s wildlife, national parks and natural vegetation while also promoting her as a leading tourism destination in Africa.

They are all protected wildlife reserves and ecosystems and include the and the Volcanoes National Park, the Rwanda Development Board is responsible for the overall management of all the national parks, related infrastructure and promoting tourism. In some cases, like that of the Akagera and Gishwati-Mukura National Park, the government entered into long term agreements with private partners to help run some park activities. 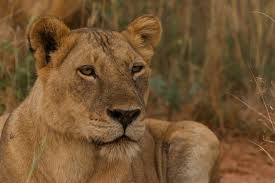 Akagera National Park is gradually building a reputation as a leading destination for those interested in a true African safari and is the largest and only Savannah park in Rwanda. comprising of savannah, woodland, wetland and a dozen lakes. It was established in 1934 as the second national park in Rwanda boardering with Tanzania, it covers an area of 1,222 square kilometers, Akagera National Park is blessed with water bodies but the most prominent are river Kagera, Lake Shakani and lake Ihema.

The park once had one of the highest population of wild dogs in East Africa but most of them were killed by colonial authorities. The park lost most of its animal population after the genocide in 1994, thousands of former refugees stormed the park and opened up farms while at the same time poisoning all the 300 hundred lions in the park then.

At the moment all the big five animals (Leopards, Elephants, Rhinos, Lions and Buffaloes) are once again roaming the park freely. Apart from the big five mammals, tourists can also spot zebra impala, oribi, bushbucks, eland, tsessebe, hippopotamus and crocodiles. Akagera National Park is one of the best places for birding in Rwanda. It has a great concentration of water birds which thrive on the park’s vast marshes and wetlands. 425 species of birds have been recorded including the shoebill stork and the papyrus gonolek. 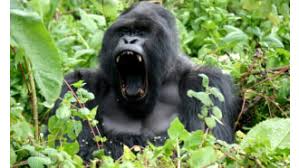 Nyungwe is rich in biodiversity and spectacularly beautiful, found near Rwanda’s border with the Democratic Republic of Congo and Burundi. . It is one of the two newest national parks in the county and covers an area of 270 square Kilometers. The park was established in the Southwestern part of the country in 2004 , it is Rwanda’s largest and oldest montane forest in Africa.

The mountainous region is teaming with wildlife, including a small population of chimpanzees as well as other primate species, with over 1,000 plant varieties, hundreds of bird species and 75 types of mammals.

Nyungwe forest is dominated by a group of mountains whose formations are related to those in Congo and Uganda. From these mountains one can have great views of Lake Kivu and the Virunga Volcanoes during certain times of the day.

Although the area was once far more impressive, before it was decimated by banana plantations and deforestation plans, the Nyungwe Forest National Park is still a sight to behold. Furthermore, with increased conservation efforts, It is one of the best areas for hiking too, with well-preserved walking trails winding through the rainforest vistas, waterfalls and marshlands. And if you’re up for a trek, you can spot more than monkeys and gorillas here; walk along the Nile and the Congo to witness the various water springs that lead to the headwaters of the Albertine 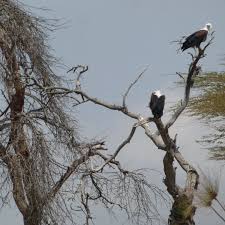 Gishwati-Mukura national park is made up of two separate forests and Rwanda’s newest national park which was established in 2015 by combining the Gishwati and Mukura forests. The story of Gishwati-Mukura shows how serious the government of Rwanda is about wildlife conservation. The government has partnered with international organizations like the World bank to plant trees in previously degraded areas.

The forest corridors have been rebuilt to connect the two forests to each other and to the Nyungwe forest. You will be able to track chimps, go birding, visit the local population and take part in a groundbreaking eco-tourism project. The park was established to help preserve and protect the chimpanzee populations, the park is also home to golden monkeys, blue monkeys and L’Hoest’s monkeys.

The Volcanoes National Park is also known as ‘Parc Nacional Volcans’, this is one of the best places in East Africa to track silverback gorillas with other primates and fauna. The park is found in the northwestern part of the country bordering with National Parks in Uganda and Virunga National park in Congo, the park was established in 1925 to protect the mountain gorillas and it covers an area of 160 square kilometers. The volcanoes national park sits on a higher altitude and is generally colder compared to Rwanda’s other national parks.

The park is also home to golden monkeys and mammals like forest elephants, spotted hyenas, bushbucks, buffaloes, smaller primates and 178 species of birds. The mountainous and volcanic region of the Virungas is also situated within the park, and is a popular draw for visitors wishing to traverse the stunning landscape, offering various hikes and trails with differing levels of difficulty.

Tourists visiting the volcanoes national park can take part in several activities including gorilla tracking, visiting the musanze caves, golden monkey trekking and hiking one of the 5 volcanoes. 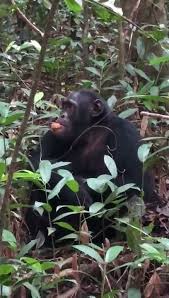 Gishwati forest reserve is of the leading attractions in Rwanda located in the north western part of the country not too far from lake kivu and it is part of Gishwati Mukura National Park. The reserve portrays why Rwanda has been referred to as the ‘Land of a Thousand Hills’ reforestation of the area is done, which have increased the parking area by approximately 1000 acres. There are now around 30 chimpanzees in Gishwati forest reserve, Chimpanzee tracking can be done early in the morning.

These chimpanzees are not habituated to humans making chimpanzee tracking a bit difficult to that in Nyungwe or Cyamudongo Forest the region experiences soil erosion and degradation and landslides. Reforestation efforts in the past few years have increased the remnant native forest to about 2,500 acres. Large tea estates occupy the central and northern parts of the reserve.

The Mukura Forest reserve in Rwanda is located in the northwest part of the country in the Albertine rift region which lies in the Congo Nile crest, covering about 1,200 km.  Once part of a swath of mountain forest that extended all the way from Nyungwe to the Volcanoes Park, Mukura was designated a reserve in 1951.

It originally covered an area of 30,000 hectares. However, nearly half of the total forest cover and biodiversity has been lost since, leaving the forest with an area of only 16,000 hectares. A host of factors have led to this decline, including a population density of nearly 600 people per km² and a mean local household income of $3/month, the latter causing inhabitants to exploit the forest for financial solvency.

The forests sit on the ridge which divides the Congo and Nile water catchment areas, along the biodiverse Albertine Rift. The forest rises to an average height of 2600 meters above sea level.

Gishwati Mukura is focused on ecology and conservation initiatives including ranger presence, law enforcement, science, engagement with community cooperatives, human-wildlife conflict resolution, research, environmental monitoring and responsible tourism promotion. The programme is being developed in partnership with the local government and Imizi, a subsidiary of Wilderness Safaris.

Biosphere reserves help to better understand and manage changes and interactions between social and ecological systems, as well as protect biodiversity. They also provide local solutions to global challenges and promote innovations in the conservation and sustainable use of biodiversity.

Volcanoes biosphere reserve is part of the Albertine Rift, a very important ecological structure in the region of eastern and central Africa. It is a home to a bigger number of the fauna and flora species that are endemic to the sub region. It has the privilege of sheltering of one of the four big primate species that are found on earth, the Mountain Gorilla, an endemic and endangered sub species that lives only in two massive forests of Bwindi impenetrable National Park and the Virunga Mountains of which the core area of Volcans Biosphere Reserve is part. Mountain Gorillas attract thousands of international tourists annually, thus becoming a symbol of hope for Rwanda.