Ngorongoro Crater is a bowl-like natural feature with  a beautiful setting of the Big Five mammals in East Africa in Arusha district in Tanzania, which was established in 1959 situated on an are of 8,292 Square kilometres. Ngorongoro crater was named by the Maasai pastoralists after the sound produced by the cowbell that sounded ‘ngoro ngoro’, this crater gives you the best experience of mother nature in the area. 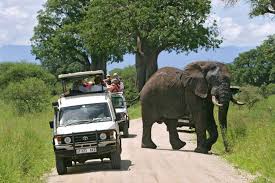 Game drives in Ngorongoro crater are escorted by knowledgeable rangers in the park who take you through different trails for your better experience of wildlife viewing and getting closer to wildlife and appreciating the nature around you, wild animals in the park include hippos, hyenas, buffaloes, warthogs, impalas, rhinoceros, Zebras, water bucks, Reed bucks, wildebeest, leopards, Elephants, and the park has the highest density of lions in the world. 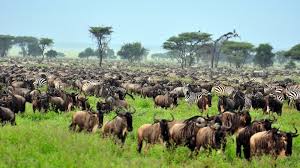 Gol mountains have spectacular rock formations that dominate the wide meandering valleys with huge mountains and canyons  in the north west of Ngorongoro  creter  and its one of the traditional coners of Tanzania, a home to Maasai people. Gol Mountains provide a surreal wilderness environment of stark, pink cliffs, enclosing the Angata Kiti pass, a bottleneck for the annual Great Migration of hundreds and thousands of wildebeest and zebra, searching for mineral rich grasses as they return to their ancestral breeding grounds in southern Serengeti and the Ndutu wilderness.

Ngorongoro crater comprise of a moving black dune, composed of volcanic ash from the nearby volcanic Oldoinyo Lengai mountain that moves slowly westwards across the crater at a rate of about 15 to 20 meters per year. It is said that the dune was created over 3,000 years ago from a massive eruption at Oldoinyo Lengai an active volcano, that is located about 60km north east.

Throughout the years, the dune sometimes changes shape and even direction. The shifting sands are moved by the strong winds that blow across the surrounding plains, a condition that sometimes creates a mini sand storm in the areas that surround it, it is possible to even climb to the top of the dune admire the unique phenomenon take photos or view the vast plains around it.

The Lerai Fever Tree Forest, which consists of tall, slim yellow barked acacias forming an airy, lace-canopied wonderland of glades, is most visited by elephant, rhino, eland, bushbuck, hyrax, and hundreds of birds. These foliage are preferred food of the rare, black rhinoceros, but the old forest is regenerating slowly, because of damage by elephants, which tear off whole branches. 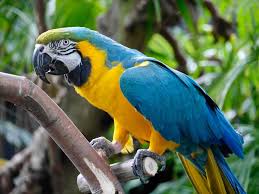 Lake Magadi is found in the south Western part of Ngorongoro area which shrinks noticeably in the dry season leaving crystalline salt pans used as licks by  jackals, hyenas and other supplements as their diet, shallow, azure blue, fiercely alkaline from sodium carbonate, is fringed by hundreds of long-legged pink flamingos, lesser flamingos, distinguished by their dark red bills, there are also other greater flamingos with black-tipped pink bills, slightly bent to facilitate sifting shellfish from the rich bottom mud.

Olduvai Gorge is where the ancestors of mankind began the journey towards civilization, with the fabrication of the earliest tools and the building of the first human settlements. At Laetoli, hominid footprints of our genetic ancestors and their relatives, have been found in sedimentary rock of 3.7 million years old. The museum at Olduvai is  where you can  see evolutionary fossils.

guided nature walks to two other nearby craters, Olmoti Crater is a shallow, grassy hollow, lovely and quiet where Maasai pasture their cattle alongside eland, bushbuck, reedbuck and occasional buffaloes. From the south wall of the caldera, the Munge stream forms a delightful waterfall, plunging several hundred meters into the Ngorongoro crater to feed Lake Magadi. Empakaai Crater is half-filled by an unusually deep soda lake.

Rising 80 meters from the foot of the Gol Mountains, monolithic Nasera Rock is home to mountaineering klipspringers, baboons and varied birds. It is also the location of a Stone Age human shelter, excavated by the Leakeys

Ol Karien Gorge is a sheer rock-sided ravine at the end of the vast, bare Salei Plains. It is a place  for twitchers, because ruppel’s griffon vulture breeds there in March and April, coinciding with the passage of the Great Migration to provide plentiful food.

To the southwest of Ngorongoro crater, bamboo-clad Oldeani Mountain feeds the stream that supports the Lerai Forest, whilst seasonal Lake Eyasi is a lodestone for archaeological and cultural safaris in East Africa. Paleolithic sites include Mumba cave and nearby Nasera Rock.

Ol donyo lengai is  a Maasai word which means  “Mountain of God”,  it is an active volcano located in the great rift valley escarpment south of lake natron within  Arusha region in Tanzania that uniquely produces natrocarbonatite lava aand last erputed in 2007.

The 1960 eruption of Ol Doinyo Lengai led to geological investigations that finally confirmed the view that carbonatite rock is derived from magma, tourists may climb its lava-encrusted slopes to stare down into its main crater and be perilously rewarded with sulfur fumes and occasional spurts of lava from smaller surrounding cones. 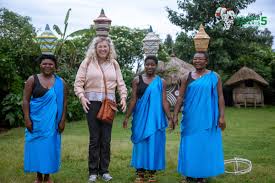 Communities living in the Ngorongoro Conservation  Area  is  home to tribes like  Dtooga, Maasai, and Hadza who live near lake Eyasi, these people do not engage in agriculture, they  live there and rear livestock. These people express their culture and norms to visitors through dance, poems and drama.

From Arusha you can drive and do the whole circuit by safari vehicle.your tour operator will pick you up from the airport. Coming from the Seronera area in the Serengeti, the distance to the crater is around 140km which takes about three hours. This can obviously take much longer allowing for wildlife viewing along the way. The drive from Lake Manyara to the Ngorongoro Crater takes about two hours, and the drive from Tarangire takes about four hours.

By air chattered flights are booked by tour operators and domestic flights can also be booked, here a tourist can fly from Kilimanjaro Airport which is about 46 kilometers from Arusha or fly into julius Nyerere near Dar es salaam and fly again to Arusha Airport or Kilimanjaro Airport to Ngorongoro crater.

Where to stay in Ngorongoro crater

Depending on the time of the year,  and your special interests, here you’re likely to either look down from the crater rim on a green, flourishing basin, or a dry scorched one. Short dry season starts from January to mid March, Long wet season starts from mid March to May, Short wet season  is from November to December  and Long dry season is from June to October which is the most popular season and the best season to visit the park for a better experience and beautiful photograph.